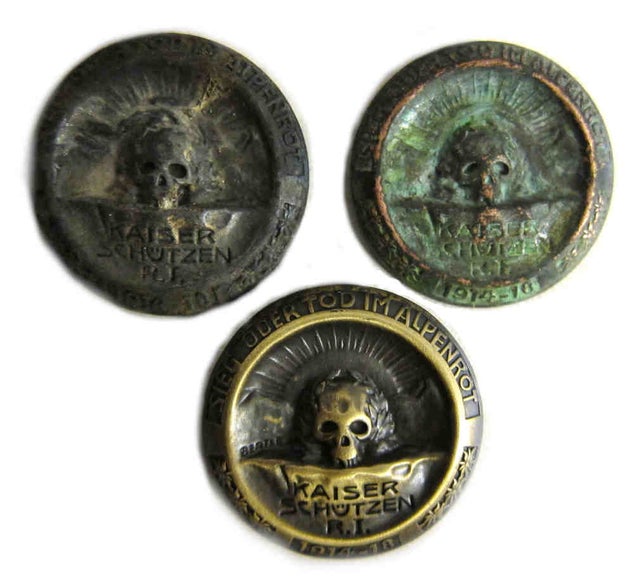 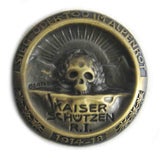 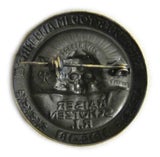 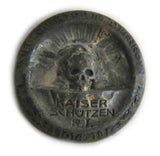 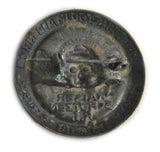 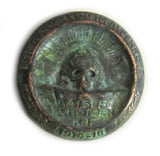 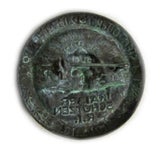 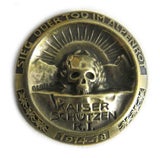 Cap Badge worn by the Austria-Hungary (Austro-Hungarian), Army 1st Mountain Regiment during and after WW1.

The badge is 34mm in diameter and 4mm thick. Its is made of brass/bronze and has a clasp pin on the reverse. The words 'Victory or Dead in Alpine Red' are engraved on the outside edge the motto of the 1st Regiment. The badge was designed by the War painter Hans Bertle and was finished in several different finishes.

The last bright brass/bronze picture demonstrates what you can do with the distressed version - just polish it with fine wire wool to get a lovely bright finish!