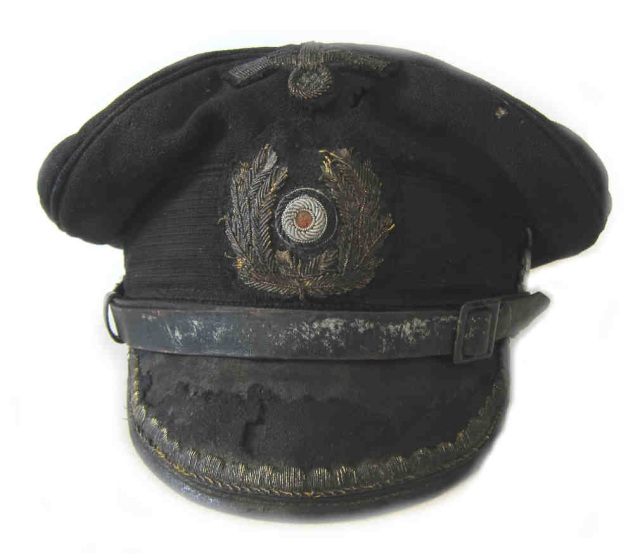 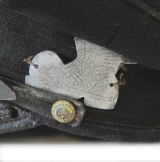 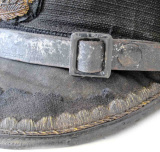 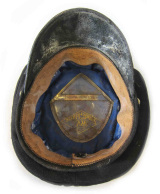 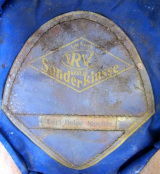 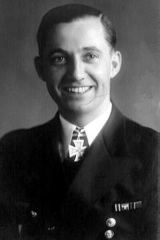 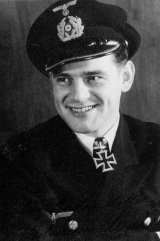 Reproduction size 57 German U-Boat Submarine Captains Peaked cap with 70+ years of ageing with lots of worn, moth eaten and tarnished areas as worn by one of the Captains of U-20 - Karl-Heinz Moehle.

In October 1937 he commissioned U-20. He made six patrols, mostly in the North Sea, and sank eight ships. He went on to sink a total of 21 ships and was awarded the Knights Cross.

The eagle and wreath have aged nicely and again partly worn/eaten by the moths (they seemed to like the backing cloth!).

The peak, liner and chinstrap etc. all show good wear and both the inside and outside are stained and aged. Notice the gold emblem and Captains peak ranking are dark and tarnished. This cap displays the 'Boot' device for U-20.

The top is fixed, just like many originals were and 'Moehle's' embroidered name tag is secured in the sweat protector.

This is a high quality aged peaked Hat from a U-Boat Captain with an excellent war record. Email us if you want a similar one made to your specification!