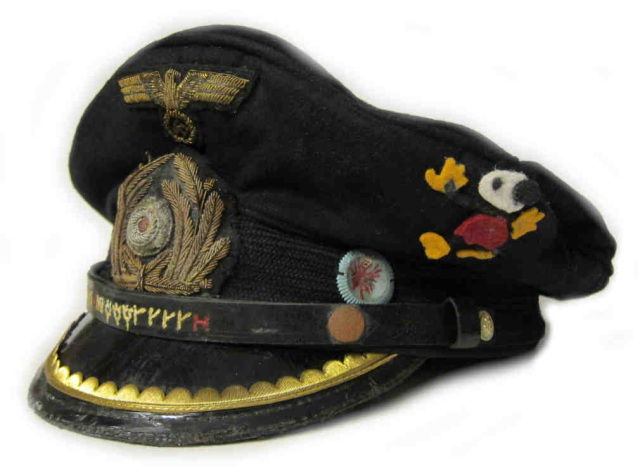 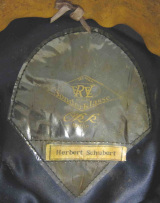 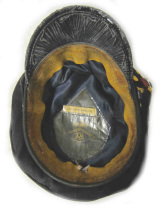 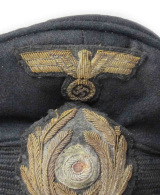 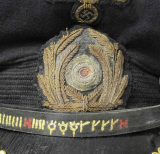 Reproduction German U-Boat Submarine Blue Topped Peaked cap with 70+ years of ageing and numerous dark & worn and tarnished areas as worn by Obersteuermann Schubert of U-453. This cap is based on an original in the Deutsche U-Boot Museum - Germany.

The peak, liner and chinstrap etc. all show good wear and both the inside and outside are heavily oil stained and aged. Notice the gold emblem and officers peak ranking are dark and tarnished. The cap has a stylised 'Angel' badge which was the crew emblem and a hand made 'mickey mouse' badge - why? We do not know! The chinstrap has the kills/damages cut & marked in the leather. We have used genuine WW2 'Half Moon' metal peak rank insignia on this cap.

Notice the final picture - second crew member from the right, it looks like the same badge. This could be Schubert prior to him adding a mickey mouse badge. He is standing next to Kapitänleutnant Freiherr von Schlippenbach. The penultimate picture is the actual cap held in the Deutsche U-Boot Museum.

This is a high quality aged peaked Hat from a U-Boat crewman with an excellent war record. Email us if you want a similar one made to your specification!