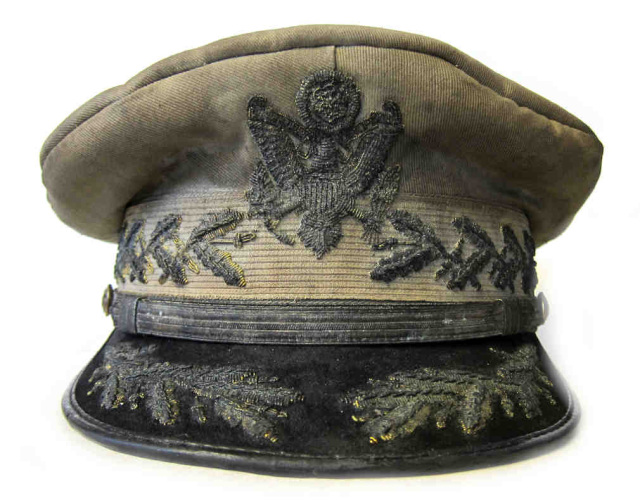 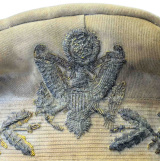 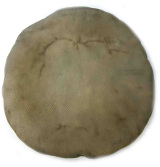 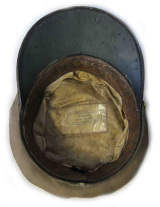 This cap was supplied by a customer in new condition. It is a very good reproduction of one of General Douglas MacArthur Caps. Please be aware we do not have a supplier of these, if you want a similar one making up you will need to supply it. We will not accept a poor reproduction it has to be as accurate before we will work on it.

You notice we said 'one of General MacArthurs Caps' - he had several although many people associate him with only one cap - which is now in the MacArthur Memorial in Norfolk Virginia.

The final picture shows his original cap - the one which we used as a basis for our aged reproduction. If you look closely we have not only managed to recreate the 'darkening' of the gold bullion but also the verdigris in several places!

Please email us if you want a similar cap aged, you will need to supply the cap!