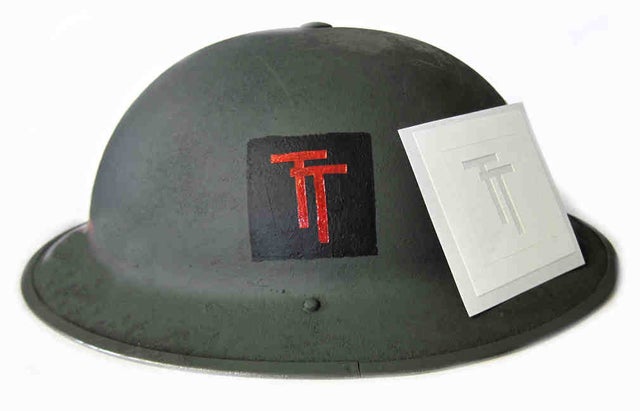 This stencil is suitable for hand or spray painting and reflects those worn on the side of the 50th (Northumbrian) Infantry Division during WW2.It is 50mm wide and 50mm tall.

The 50th (Northumbrian) Infantry Division was an infantry division of the British Army that saw distinguished service in the Second World War. The two Ts in the divisional insignia represent the three main rivers of its recruitment area, namely the rivers Tyne, and Tees.

The division served in almost all of the major engagements of the European War from 1940 until late 1944 and also served with distinction in North Africa, the Mediterranean and Middle East from mid-1941 to 1943. The 50th Division was one of two British divisions (the other being the 3rd Infantry) to land in Normandy on D-Day, 6 June 1944, where it landed on Gold Beach. Four men of the division were awarded the Victoria Cross during the war, more than any other division of the British Army during the Second World War.