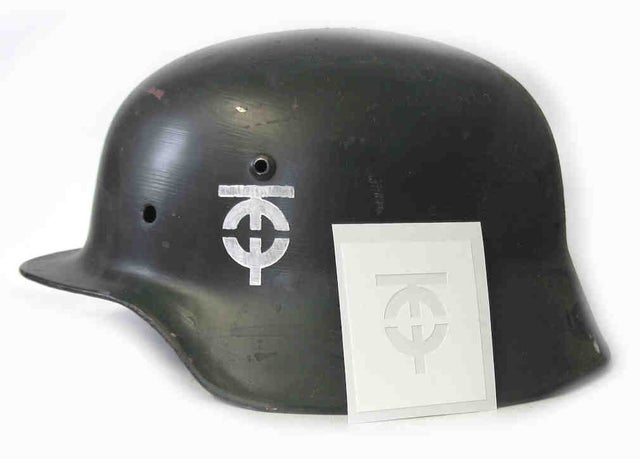 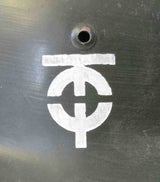 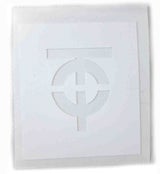 Re-usable stencil template that can be used on WWII German Helmets to create the insignia for Organisation Todt, used by Security guards, Workers, air defence and Fire Service during WW2 Germany.

Organisation Todt (OT) was a civil and military engineering organisation in Nazi Germany from 1933 to 1945, named for its founder, Fritz Todt, an engineer and senior Nazi. The organization was responsible for a huge range of engineering projects both in Nazi Germany and in occupied territories from France to the Soviet Union during World War II.

This stencil is the small version and is approximately 40mm tall x 31mm wide. Found on air Defence/Fire unit and other helmets. Was usually white but also found in red.

This stencil is suitable for hand or spray painting.