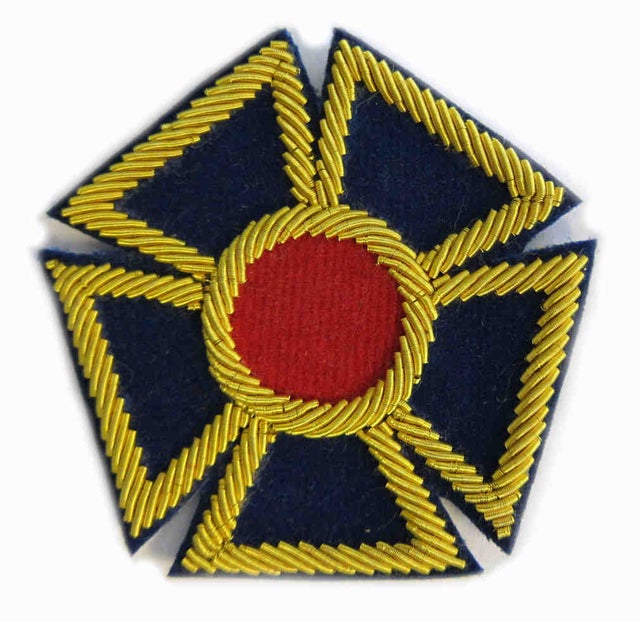 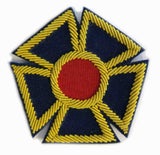 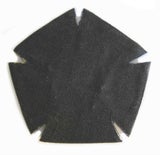 This is the badge worn by 'Sons of Union Veterans of the Civil War - Illinois Department' on Kepis, Bummers and various other head-wear.

Sons of Union Veterans of the Civil War (SUVCW) is an American congressional chartered organisation, and the legal successor to the Grand Army of the Republic (GAR). It is the Union veterans association counterpart to the Sons of Confederate Veterans. Founded in November 1881 as the Sons of Veterans of the United States of America,it was originally one of several competing organisations of descendants of Union veterans.

Currently the SUVCW 26 departments (containing one or more states) and five states with a camp-at-large covering the entire state. It is headed by a Commander-in-Chief, elected annually, who oversees the operation of the Departments, as well as a Department-at-Large, a National Membership-at-Large, and over 200 community-based Camps.

These badges are made or red and blue velvet (not felt) and gold bullion wire edging. It measures approximately 51mm x 51mm.