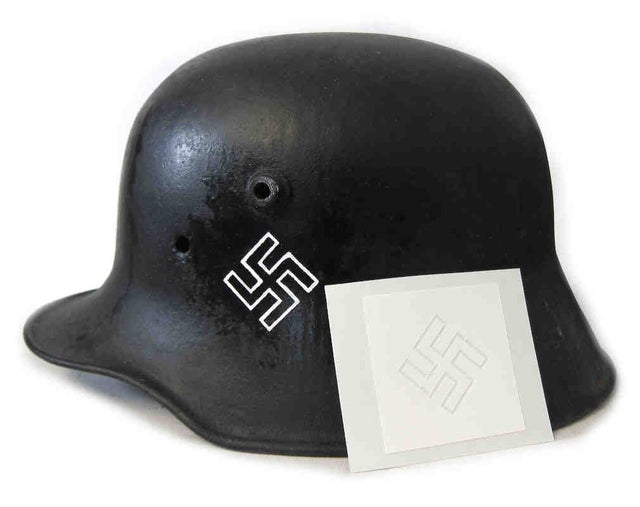 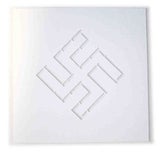 This stencil was used on WW1 German and Austrian helmets. These early SS Runes were painted with a stencil, decal versions were also used. Our stencil allows you to replicate this hand painted method. It is approximately 40mm in rotation from top to bottom. This is the thick outline version and the lines match the 'SS' runes circle stencil.