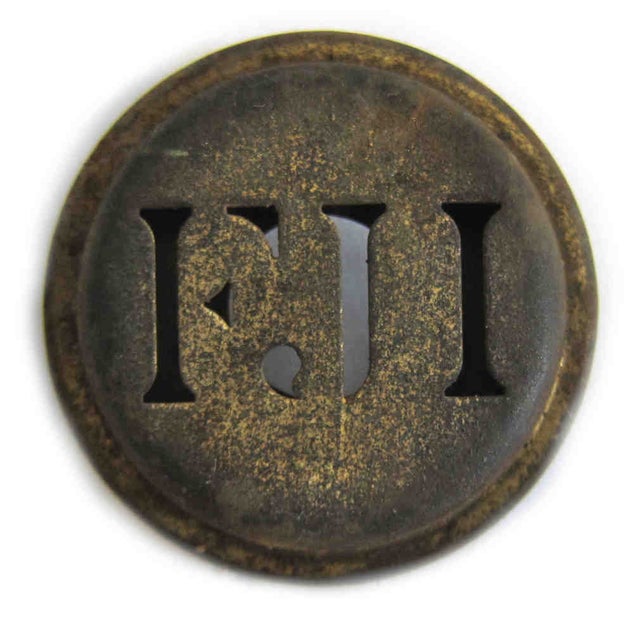 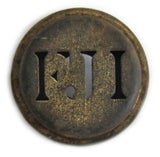 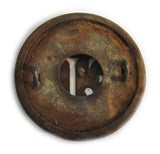 Cap Badge worn by the Austria-Hungary (Austro-Hungarian), Army prior to 1907 to early WW1. This version has the loops on the reverse and rear circular hole introduced before 1907.

The badge is 30mm in diameter and 5mm thick. its is made of lacquered brass and has a steel reverse. The loops on the reverse are used to attach the badge to the cap by either using a thin leather strip or by sewing to the cap - both attachment methods are valid. The 'FJI' stands for Franz Joseph I of Austria.

This badge was introduced prior to 1907 and worn by enlisted men throughout the war. Later modifications included reducing its size, adding a solid back, changing the loops for pins and painting it pike grey and latterly field green. In 1917 the 'FJI' changed to 'K' for emperor Karl.