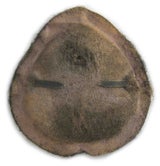 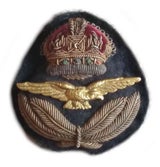 This badge has been copied from one of our original versions. It is not your standard cheap 'flat' copy, the crown measures a stunning 15mm tall, just like the originals. The crown is the WW2 Kings Crown and the badge is approx. 60mm tall by 60mm wide and the Crown is 15mm tall!