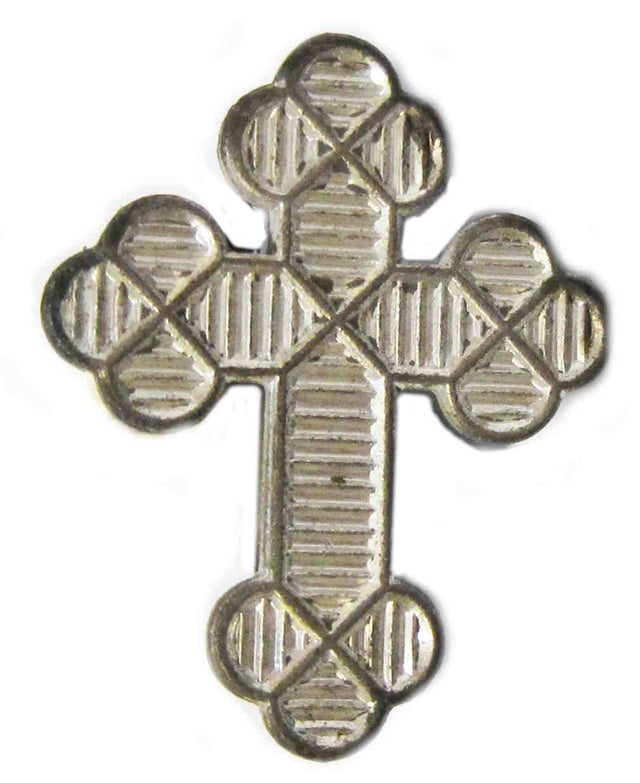 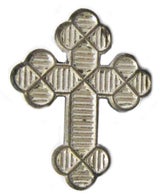 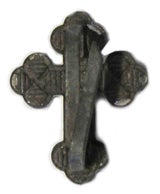 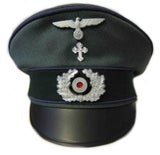 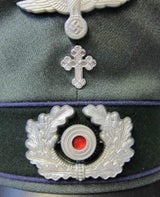 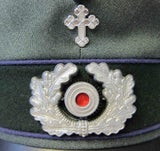 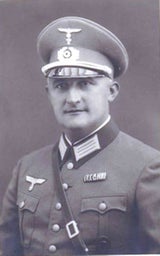 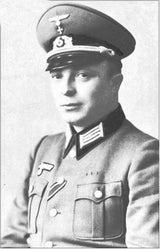 Reproduction & Aged German WWII Wehrmacht Heer Chaplains Metal Cross. Museum quality standard in base metal and silver coating, in aged condition. If you want a historically accurate cross that really jumps out at you - this is the one to get! Mostly used on peaked caps but there are exceptions worn on crusher caps.

It is approximately 25mm tall and 20mm wide. It is attached between the eagle and the wreath but above the Chaplains piping, using the two attachment pins.

The last two pictures compare our new cross and our aged cross.