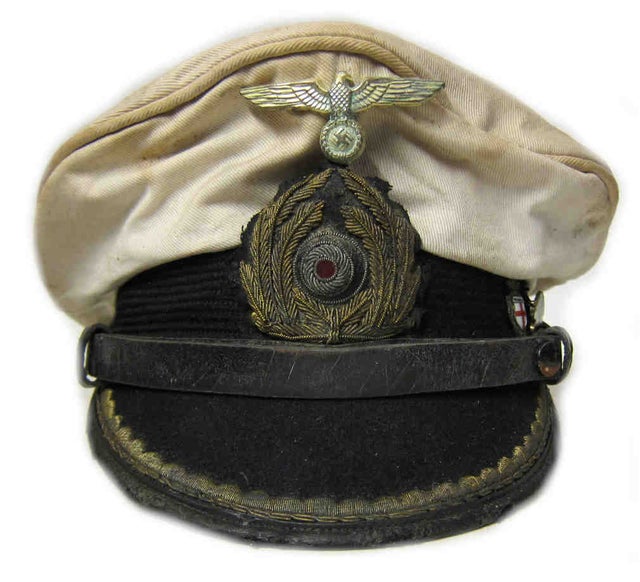 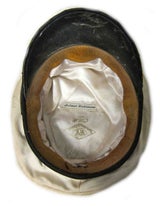 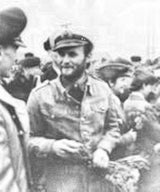 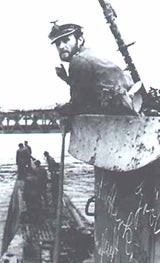 Reproduction German U-Boat Kriegsmarine Captains Peaked cap with 70+ years of ageing and off-white top. As worn by the Captain of U-571 Kptlt. Helmut Möhlmann.

The film U-571 was a work of fiction and U-571 was never boarded by the US Navy and the first Enigma machine was captured by the Royal Navy!

The peak, liner and chinstrap etc. all show good wear and both the inside and outside are stained and aged. Notice the gold bullion wreath and Captains peak ranking are dark and tarnished. Notice the wear, dirt and stains particularly on the top of the cap. This cap displays the 'Freiburg' & 'Turtle' badges, the symbols of U-571 and the 3'd Flotilla!