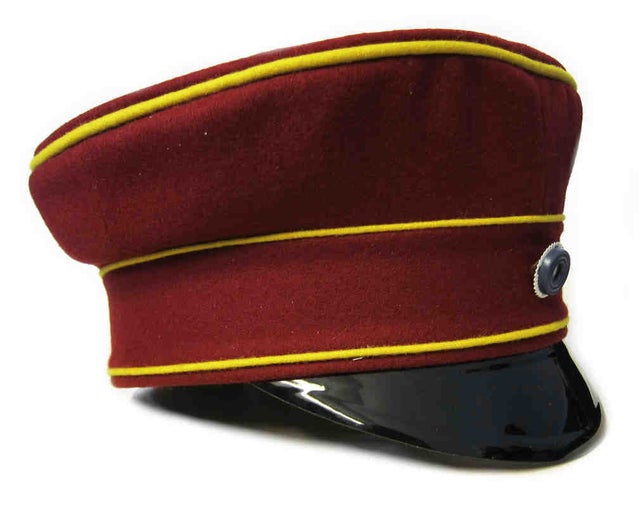 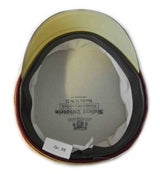 Please email us if you want this cap as they are made to order.

The loyalty of many Finns to the Russian Empire, evident at the beginning of the war, gradually deteriorated due to the oppressive measures taken by the Russians, as well as due to their attempt to annihilate the autonomy of the Grand Duchy. These actions during the war were seen by the Finns as an attempt at total assimilation.

As a result, in May 1915, a group of Finnish activists made an agreement with the Germans, which allowed for about 2,000 volunteers that fled from Finland to benefit from military training in Germany. These Finnish volunteers formed a military unit called the Jäger Battalion, and in May 1916 they were sent to fight on the Eastern Front.

This beautiful quality Schirmmütze is made from a high quality wool with gelb (yellow) piping.

These come in authentic red wool with red felt band and yellow piping. They are made in Germany just like the originals.

These are made to order and there may be a delay of 4 to 5 weeks between order and the cap being sent. Please email us first before ordering.