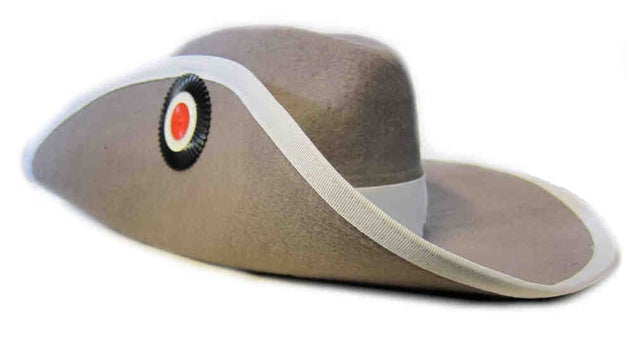 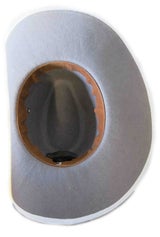 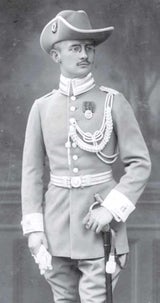 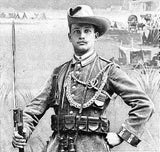 Reproduction Schutztruppe in Deutsch-Ost-Afrika, used around 1900 to 1918. Made of grey felted wool, white band and piping, complete with the imperial cockade. Inside is a brown leather sweatband and makers label.

You can also make the larger sizes smaller by using cork sheet or newspaper behind the inner headband. A common practice during WW1.