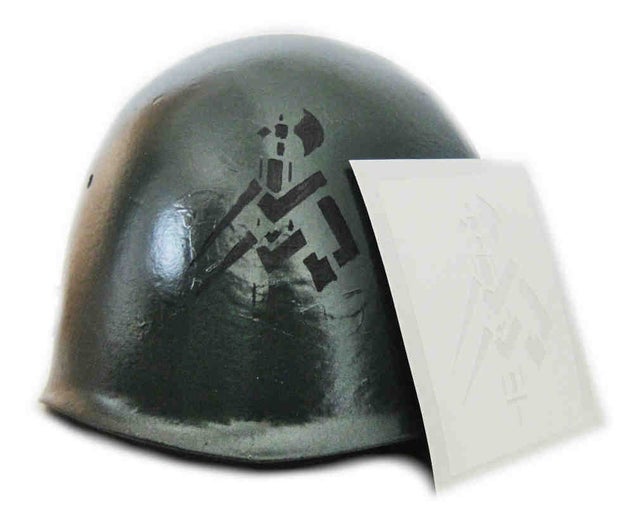 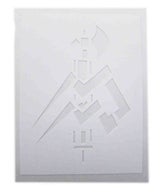 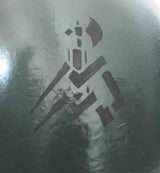 The Italian National Republican Guard (Guardia Nazionale Repubblicana, or GNR) was a gendarmerie force of the Italian Social Republic created by decree on December 8, 1943, replacing the Carabinieri and the National Security Volunteer Militia (MVSN), or BlackShirts.

The GNR included former Carabinieri, MVSN militiamen, police officers, and members of the Italian African Police (PAI). While being an autonomous armed force before August 1944, on August 15, 1944, the National Republican Guard became a part of the army of the Italian Social Republic. However, it continued carrying out security tasks behind the lines and provided aid to German forces. On August 21, 1944 Benito Mussolini assumed direct command. On August 23, 1944 a separate division, GNR Division Etna, was formed in Brescia under the command of General Violente, to perform anti-paratrooper and anti-aircraft duties. Another division, GNR Vesuvio, was later formed.

There were several different GNR Stencils used on helmets. This one is 85mm tall and 70mm wide and is suitable for hand or spray painting.