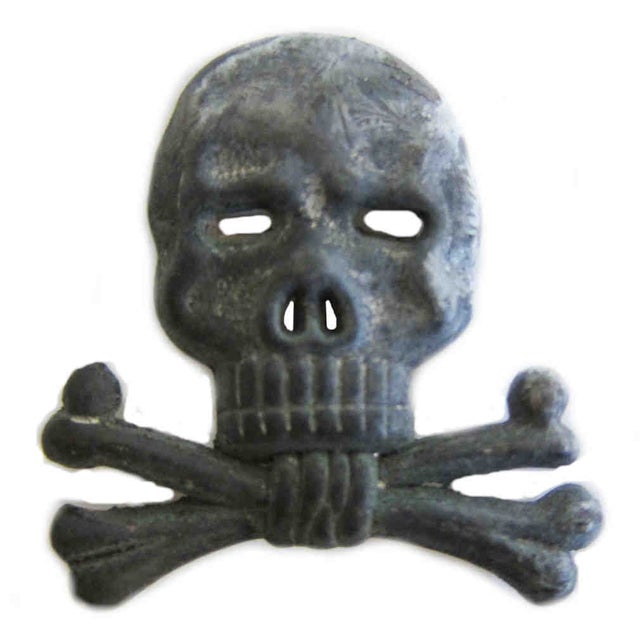 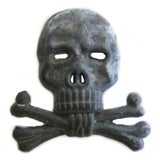 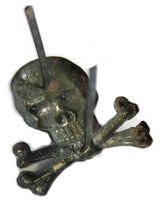 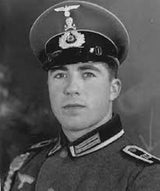 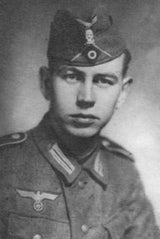 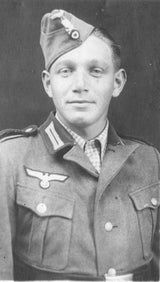 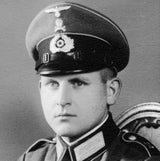 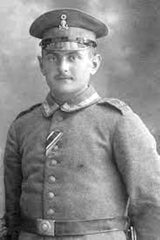 This is our aged reproduction version of the Brunswick Skull badge, used prior to WW1, during WW1 and into WW2. This is known as the 'standard' version and was worn on German WW1 & WW2 Caps and Schirmmütze.

The badge we are offering is an early version of the private purchase Brunswick badge. It is made of silver lacquered metal and is aged condition. It is copied from an original and is of museum quality, with two attachment pins just like the originals.

The last picture compares our new and aged badge.