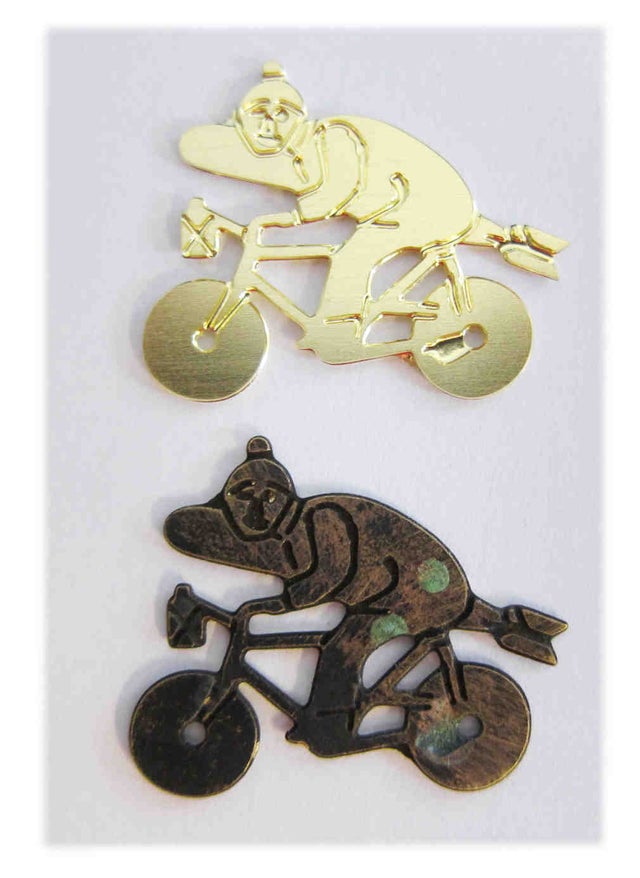 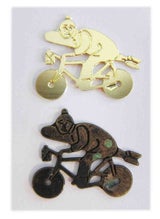 Reproduction 'Boot' badge worn by the crew of U-997 U-Boat during WW2.

The 'boot' emblem is a man with a torpedo riding a red bicycle called the 'Red Racer'. This reflects a bicycle was carried on the U-boat during several training and active service missions.

This reproduction cap badge is based on an original. It is made from brass and is new (un-aged) or aged condition. It is the 'Man Riding with Torpedo' with suitable engraving and can be sewn onto the cap.

It is approximately 0.7mm thick, 30mm wide and 25mm tall. The last picture shows some ways of modifying the badge!