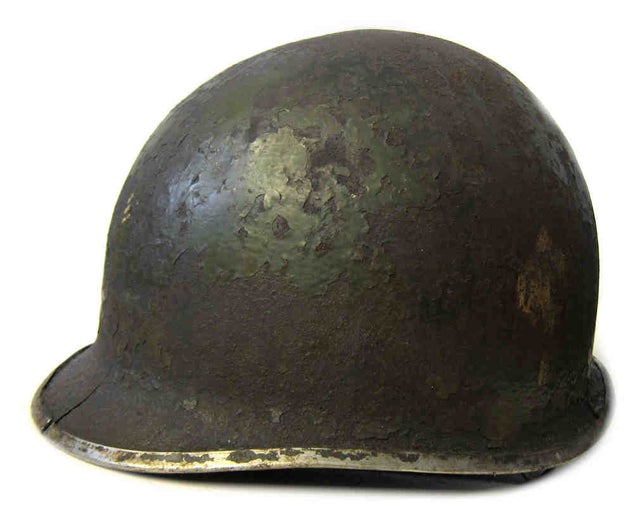 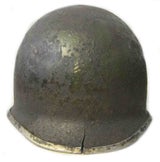 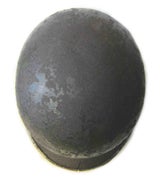 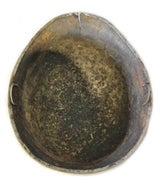 This is a 'Reproine' helmet - mixture of reproduction and genuine parts. The shell is a genuine WW2 McCord helmet. It is a front seam, stainless rim and the main paintwork is also original.

We have added the 'D' bales, the 506th 'Spades', ETO stripes markings and NCO rank.

The outside has several coats of original paint - untouched by us. The front seam rim has 'dots' where the bales have been added a feature found on many original 'D' bale helmets. This helmet is heavily aged and represents one found several years after the battle.

Inside the shell is untouched and 'as found' other than the addition of the 'D' bales. There are several strass fractures a feature found on early war US Helmets and lots of rust, although the shell is fully sound.

This helmet is a superb 506th PIR Helmet and would look great in any collection.