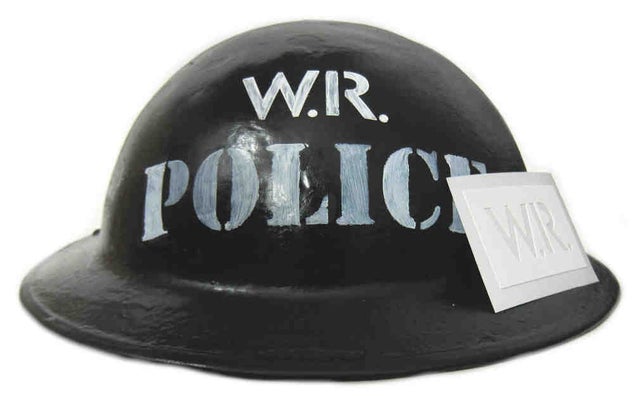 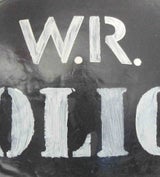 War reserve (W.R.), constable was a voluntary role within the ranks of the British police forces. As suggested by the title, the role was as a voluntary police constable during the war. War reserve constables were sworn in under the Special Constables and had the full powers of a police officer.

The War Reserve Police was introduced in 1939 and at the height of World War II in 1944 there were 17,000 war reserve constables. During the war officers were armed with rifles for protection from enemy action, enemy sabotage and to assist the armed forces.

This 'W.R.' - Police marking and other variations, were used on British Tommy helmets by the police in WWII. The stencil is made from very high quality acrylic vinyl with tacky backing, which in layman's terms means its re-usable several times.

The 'POLICE' stencil can be bought separately.

Suitable for hand or spray painting.