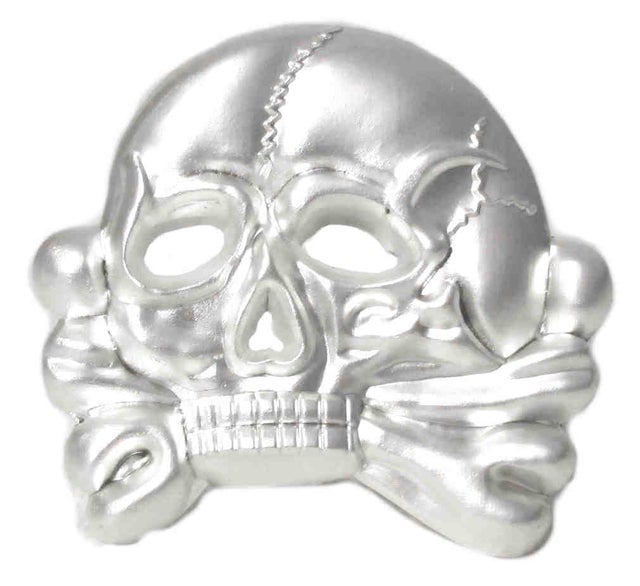 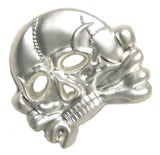 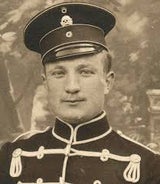 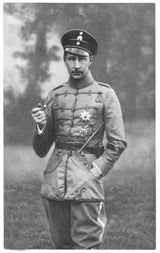 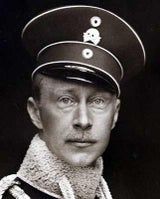 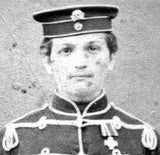 This is a reproduction Leib Husaren Regiment Skull Traditions Badge in new or aged condition.

At the beginning of the First World War, the regiment moved to the Western Front on 3 August 1914 with its sister regiment (2nd Hussar Hussar Regiment No. 2), with which it was to remain in the Brigade during the entire war.

The Hussars took part in the Battle of the Marne and the fighting for Arras and were relocated to the Eastern Front in the fall of 1914. Here they fought first in Galicia and in the Battle of Riga and were involved in the occupation of the islands Oesel and Dagö.

To support the struggle for independence, the brigade was sent to Finland in 1917. After the peace treaty of Brest-Litovsk with Russia on 3 March 1918, the units remained as occupation troops in the Russian territories. In January 1919, the body hussars returned to Gdansk, where in the spring the demobilization began and the regiment was dissolved. Until the end of the war, the 1st Body Hussar Regiment No. 1 had retained their cavalry status.

It is approximately 30mm tall, 32mm wide and 4mm thick and is available in aged or new condition.