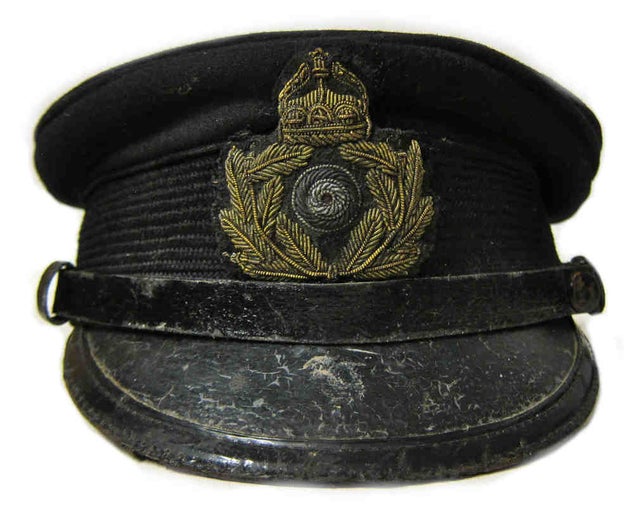 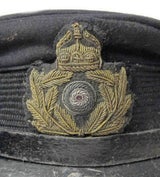 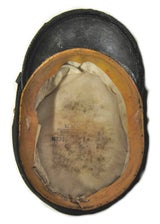 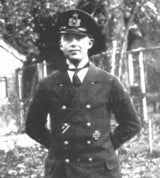 This is a reproduction of a German WW1 Imperial Navy Schirmütze used by the Navy during the Great War. Showing ageing, usage markings, discoloration, tarnish and heavy wear, as worn by Werner Petersen.

It is 100% reproduction and is made of fine quality doeskin wool with mohair cap band in dark navy blue and features the wreath and cockade with Imperial crown in hand-embroidered gold bullion. The ersatz leather sweatband, leather chin strap with gold anchor buttons and a Vulkanfibre peak. The owners rank & name has been sewn on the inside.

Werner Petersen was killed on L32 on September 24, 1916 at Great Burstead, Essex, UK. During World War I he was a naval officer who began with the rank of first lieutenant (Oberleutnant zur See), who flew on 5 of the Kaiserliche Marines airships.

As commander of L7 , he arrived on 25 April 1915 at the newly built naval airport in Tønder with the base's very first Zeppelinsand. Petersen was shot down East of London as commander on L 32 and perished with his entire crew. This cap was recreated for his family.

Email us for one made to your specification.