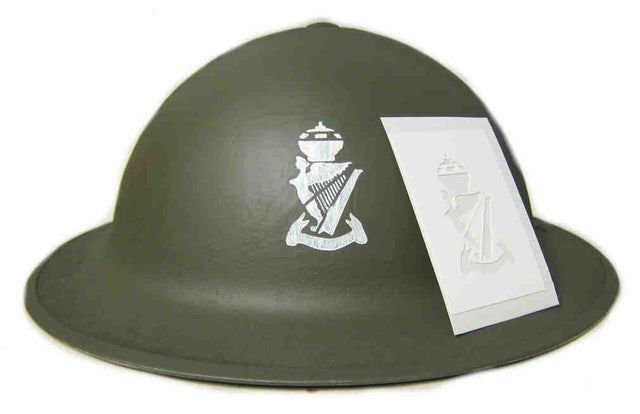 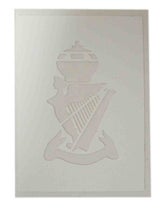 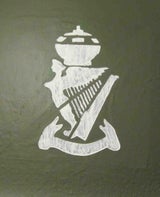 This stencil is suitable for hand painting and reflects a version worn on the front of the Royal Irish Rifles helmets during WW1. It is 32mm wide and 48mm tall.

The stencil is easy to use, paint in the harp in white on the front of the helmet, some of the 'strings' may be a bit difficult to paint, so use a fine brush or modify by making the 'strings' thicker.