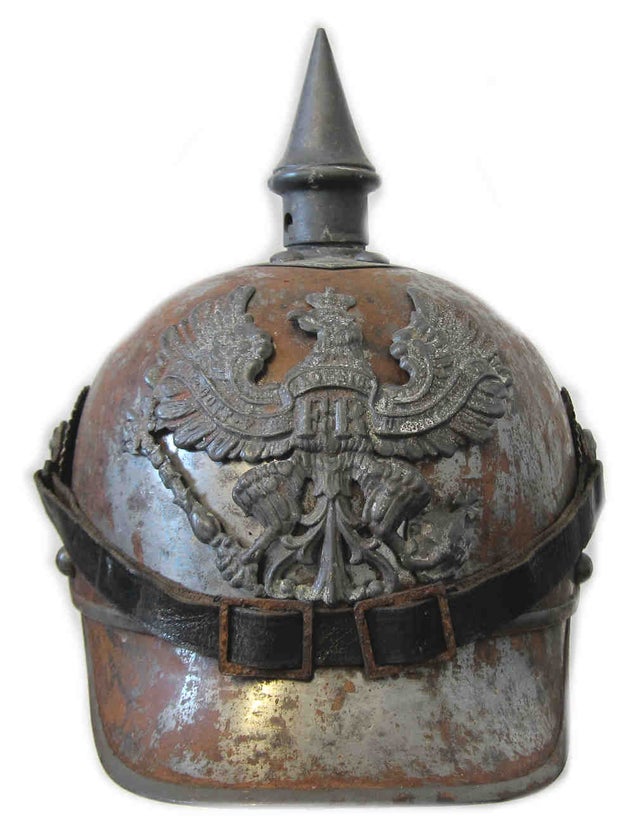 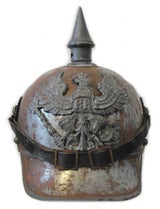 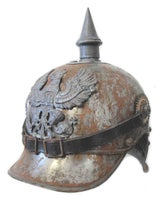 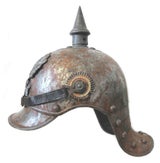 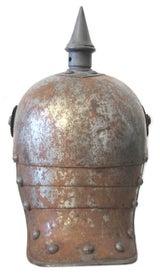 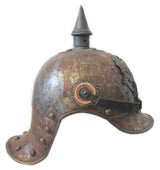 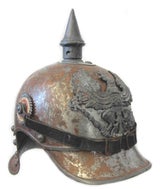 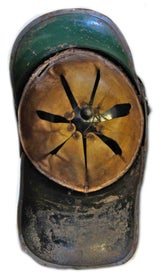 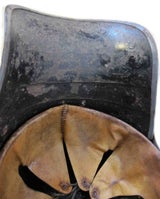 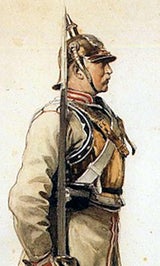 The cuirassier regiment "Graf Gessler" (Rhenish) No. 8 was a cavalry unit of the Prussian army . The naming "Graf Gessler" was made in 1888 by Kaiser Wilhelm II and referred to the Prussian Field Marshal Friedrich Leopold von Gessler. The British King George V was appointed Colonel-in-Chief of the Regiment in January 1902, during a visit to Berlin when he was still Prince of Wales.

From the autumn of 1914 to mid-1917, there was trench warfare near Arras and around Reims in Champagne . In July 1916 the 1st Squadron was in the Somme sector . In June 1917 transfer to the Eastern Front , fighting in Galicia and in the Carpathians . In October 1917 the 1st Squadron was in the Isonzo combat sector . Transferred to the west in December 1917 , took part in the German spring offensive . Until November 5, 1918 position and defensive battles in northern France.

In accordance with the 1915 regulations steel helmets no longer would use brass, silver, or Tombak. Preußen Kürassier (Other Ranks) Metalhelme were steel with grey oxidized steel fittings for all Regiments and the brass or Tombak chinscales were replaced with a M91 leather chinstrap. Our version uses painted grey brass fittings and is stamped '58' (size), on the rear skirt and has '1915 C.E. Junkers' on the inside metal label.