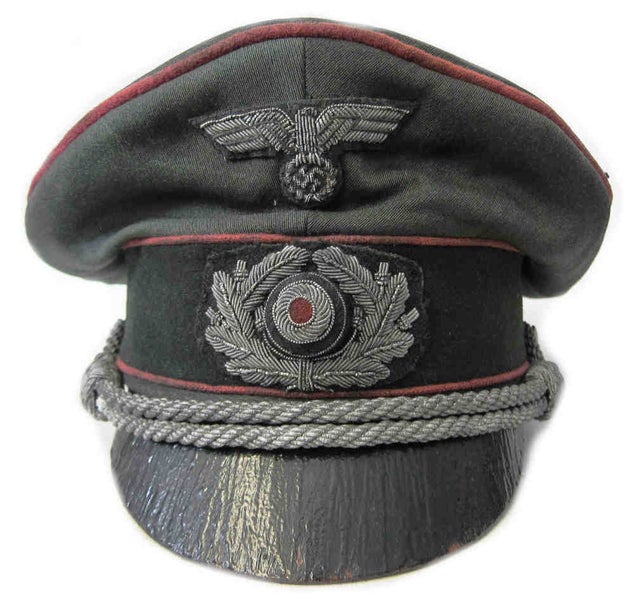 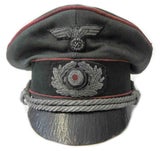 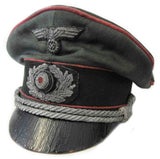 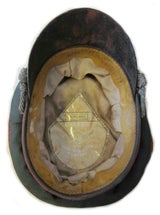 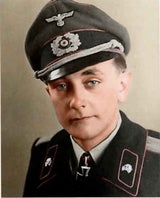 This is a reproduction aged, Alter Art style cap for the Panzer Officer Otto Carius. The maker is EREL and has a makers marks in the crown. The cap, eagle and wreath are all reproduction.

Otto Carius was one of the leading WW2 German tank aces in the Wehrmacht during World War 2. He served in the Eastern Front as a tank commander and in the west during the battle of Remagen. He was a recipient of the Knight's Cross of the Iron Cross with Oak Leaves and credited with 150+ enemy tanks destroyed.

The wreath and eagle are made from aluminium bullion. It has a leather peak and leather sweatband. It is all aged up to look 70+ years old.

All suitable aged up to give it authentic used and worn look, original versions go for about £1500 upwards if you can find one for sale!