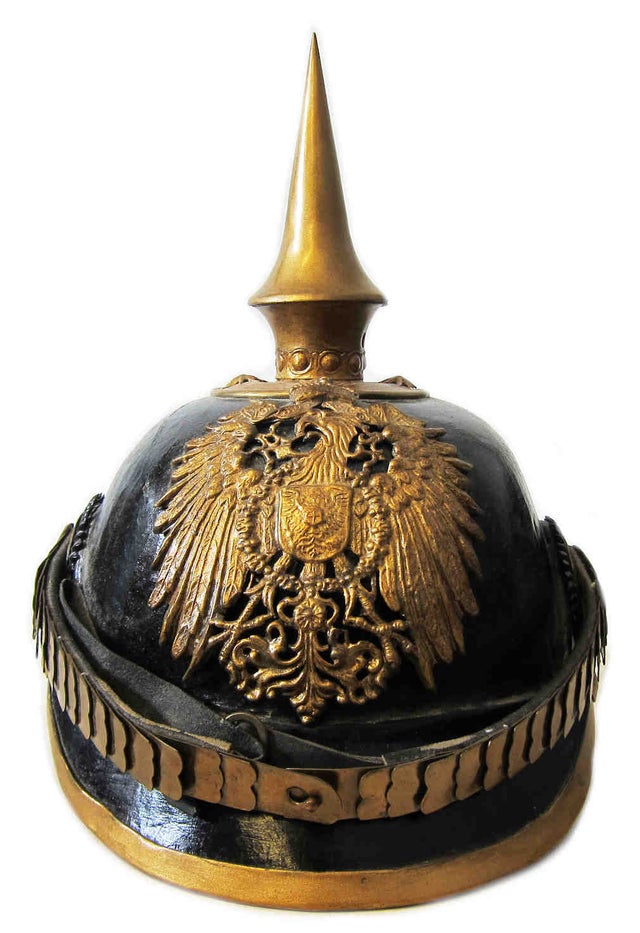 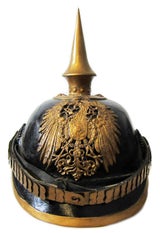 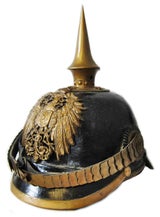 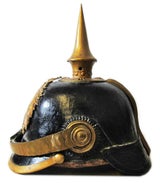 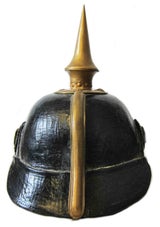 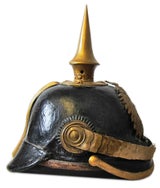 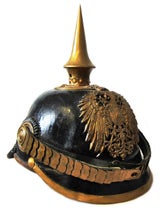 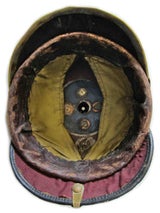 The East Asian Expeditionary Corps ("Ostasiatische Expeditionskorps") was a large force about 15,000 in total made up of volunteers from the regular German army reformed into new units for service in China in the Summer of 1900.

This type of helmet is around 1900 production. The body is black lacquered leather and the gilded fittings have gold wash worn in places. The Wappen shows the East Asian Expeditionary Corps, again in gilded metal. The inside has worn leather sweatband and cloth skull, supported by wooden supports. This a superb high quality aged reproduction.

A similar genuine example is very rare, very sought after and would be worth three to four thousand pounds upwards, this one is a snip of a price and would look great in a study or office - a great discussion piece!