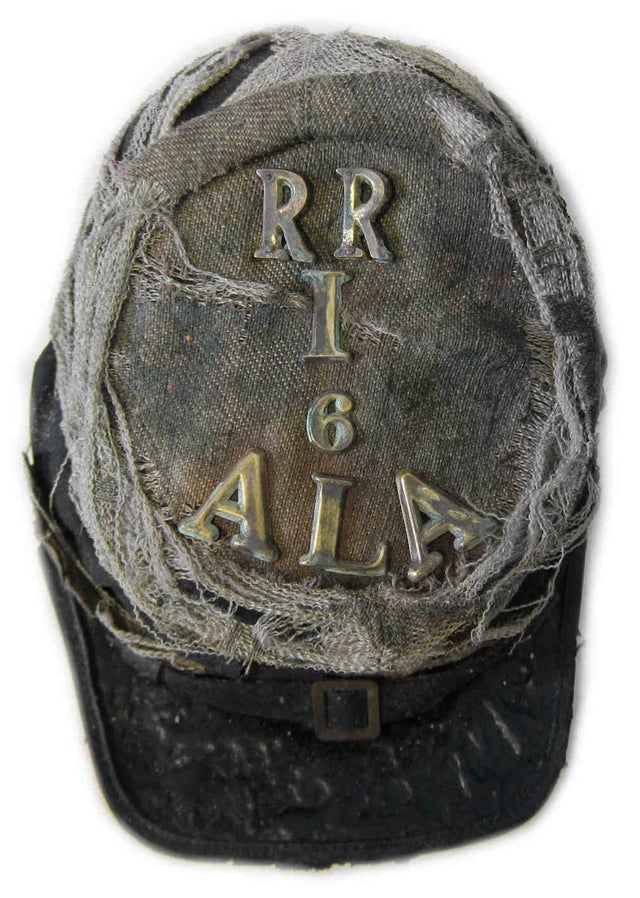 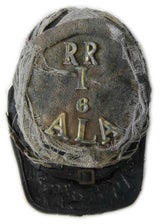 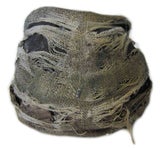 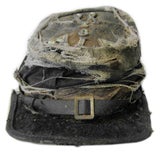 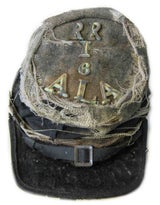 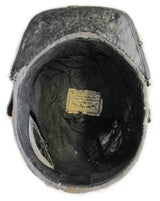 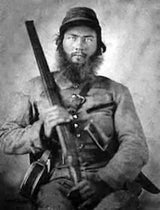 Reproduction US Civil War Confederate 'Raccoon Roughs' Kepi - Made in USA and aged in England. Based on an original in the Tennessee Virtual Archive. This cap represents one found on the battlefield after several years and then stored badly allowing it to be badly moth eaten!

This civil war kepi of features are:

John B. Gordon was a major general during the American Civil War. He was elected captain of a mountaineer company known as the “Raccoon Roughs.” Gordon's company was eventually incorporated into the 6th Alabama Regiment.

The 6th Alabama Infantry Regiment was organized in Alabama in May 1861 and fought through the war until it surrendered in April of 1865 at Appomattox Court House. It mustered 2,109 men during the Civil War. Of these, almost 400 were killed and 243 died of disease.

Feel free to contact us if you want a similar civil war cap made to your specification.