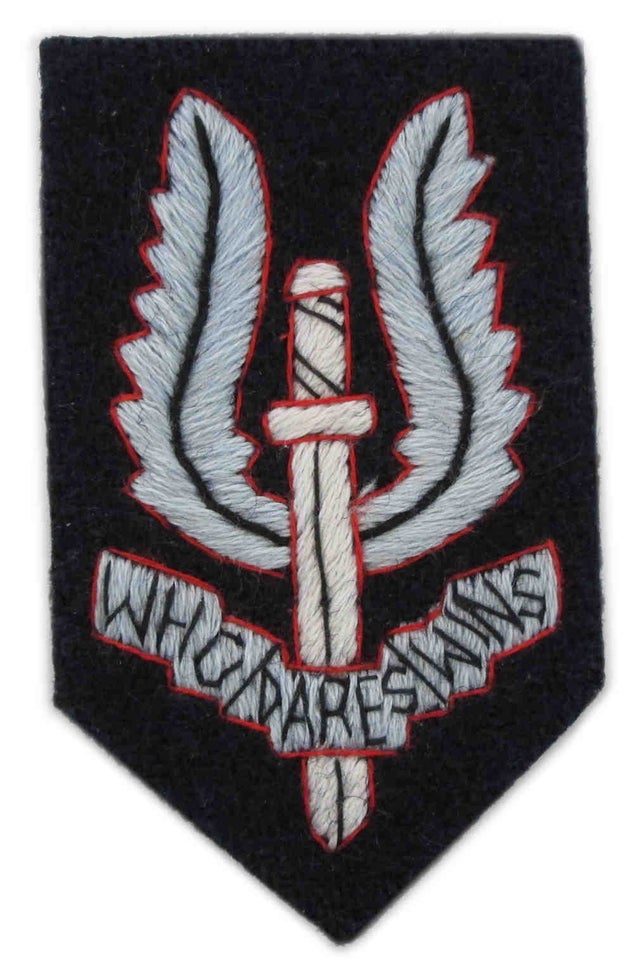 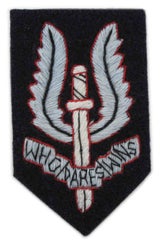 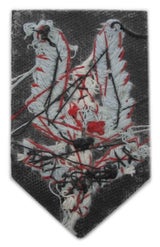 Very high quality 1st Version WWII SAS Cap badge worn by all ranks during the early period of the formation of the SAS.

In an effort to consolidate the identity of his new unit, Colonel Stirling privately arranged for this insignia to be made up by a Cairo tailor. The cap badge was originally designed as a flaming 'sword of Damocles' but ended up as a winged dagger. The motto 'Who Dares Wins' summed up Stirling's original SAS concept.

After being disappointed with other inaccurate copies of WW2 SAS Cap badges, we decided to research and make the worlds best copy as seen on the caps of David Sterling and Paddy Mayne etc. Worn on the peaked cap, side cap and berets.

Without giving away all the features of the 1st version SAS cap badge check the black middle wing thread it goes all the way down to the sword, modern ww2 copies get this wrong. There are about 10 other differences! It is 40mm wide and 65mm tall.

Why buy cheap when you can buy accuracy! The cap in the picture is not for sale! The last picture compares our new and aged versions.