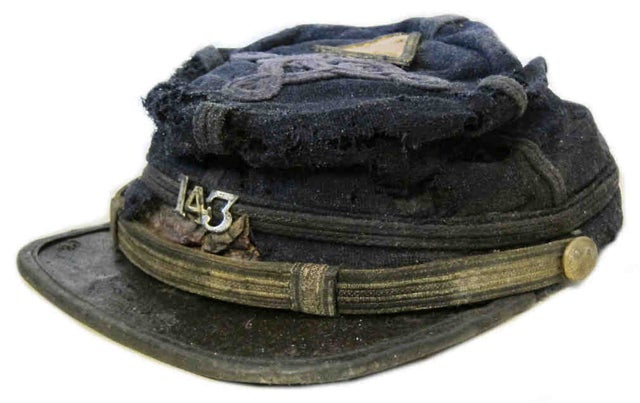 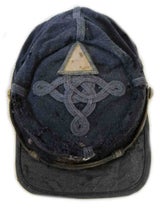 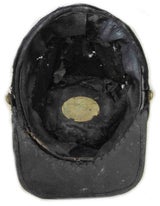 Genuine kepis are extremely rare and command very high prices when they do come on the market. This is an opportunity to buy a reproduction kepi at an affordable price but with the look and feel of the genuine article. Our kepis are probably the best reproductions currently available.

The 143rd New York Infantry was organized at Monticello, New York, beginning August 14, 1862 and mustered in for three years service on October 8, 1862 under the command of Colonel David P. DeWitt.

It served in numerous engagements including: Siege of Suffolk, Battle of Wauhatchie, Battle of Missionary Ridge, Atlanta Campaign, Battle of Resaca, Battle of Dallas, Bentonville and several more! The regiment lost a total of 220 men during its service.

This kepi would make a great talking piece for your man/woman cave, study, New York Office, Store, Barbers or similar places of work or play!