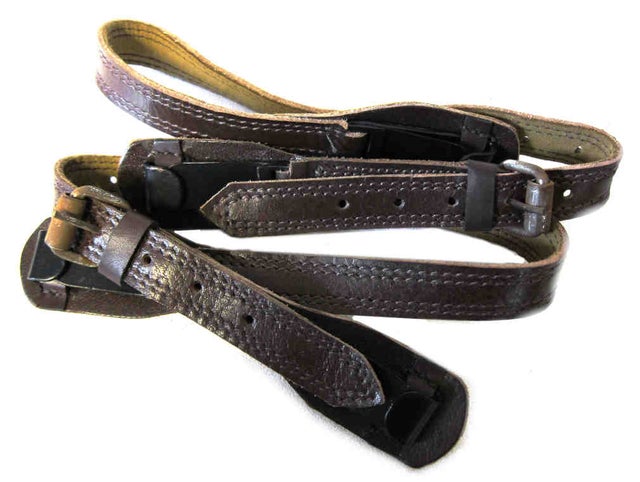 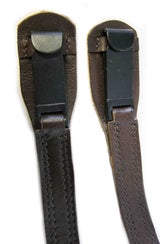 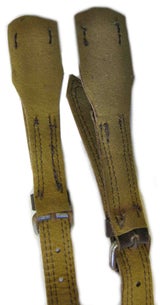 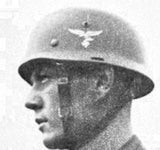 These chinstrap's are replicas of the early transitional model straps used on M36 and M37 Helmets.

Each strap consists of two pieces, the buckle assembly and the chinstrap assembly. Both of these parts are connected with carbine clips, used on the late WWI German helmets and latterly by parade helmets in WW2 and adopted by the German military for use on these early German paratrooper helmets.

The helmet was secured by passing the chinstrap's under the chin and fastening with the buckles. As you can imagine this was quite a difficult job and these were superseded by a later version of the same chinstrap and then by the M38 chinstrap assembly in 1938. Original M37 chinstrap's are impossible to find, these are the next best thing.