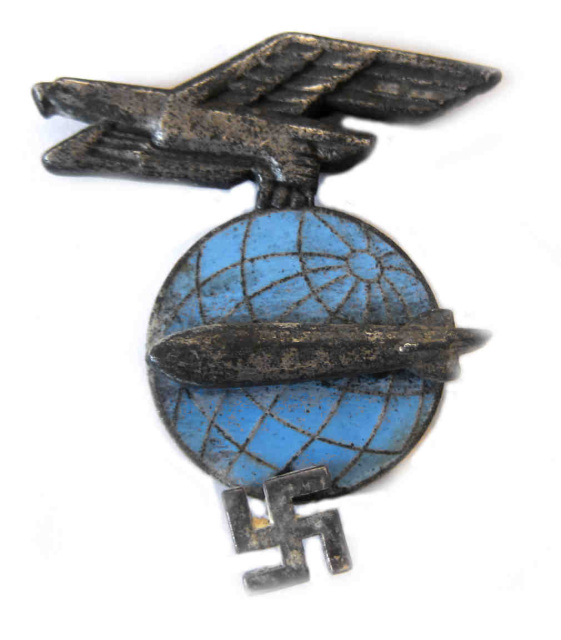 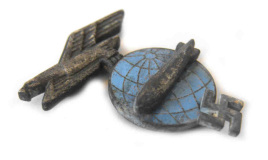 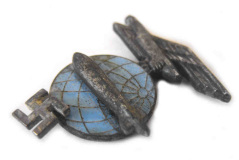 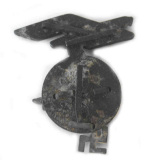 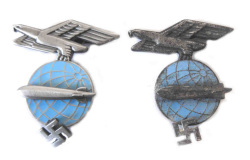 This is the ultimate item for Zeppelin collectors. It is an aged reproduction official badge worn by the officers of the Zeppelin crews from 1936 to 1940 approx. a very short time span.

The Zeppelin transport company or DZR - Deutsche Zeppelin Reederei - was established on March 22, 1935 to operate German passenger airships. The DZR was created at the instigation of Air Minister Hermann Wilhelm Goring in order to control Zeppelin operations and can be seen as part of the larger policy of Gleichschaltung which affected all aspects of German company policies in the years following Adolf Hitler’s assumption of power.

Worn by Kaptains and other officers of the Zeppelins namely Hindenburg and Graf Zeppelin. This badge in original form is impossible to collect - they are extremely rare .

We have made up this badge from a known silver plated original. It has all the makers markings on the reverse and all the correct attachments and details. You will not find a better reproduction.

It is made from imitation silver plate on base metal the attachment prongs are made from brass. It is a lovely solid and chunky badge. It will look fantastic mounted on the officers hat wreath which we also sell.

The final picture compares this aged badge and the new version which we also sell.