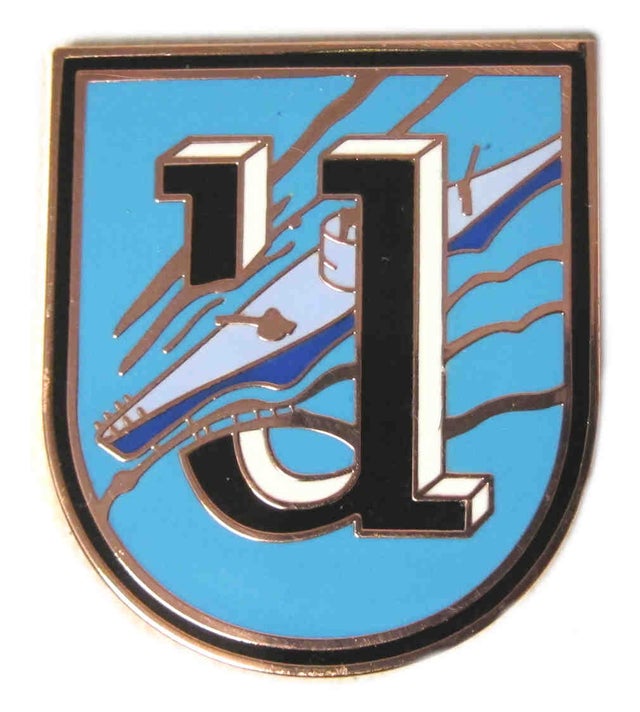 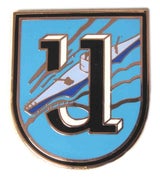 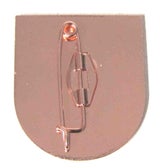 We believe this to be the best reproduction 1st U-Boat Flotilla hat badge available. Copied from a French made original, notice the correct type of vertical pin (which swivels).

The 1st U-boat flotilla (German 1. Unterseebootsflottille) also known as the Weddigen flotilla, was the first operational U-boat unit in Nazi Germany's Kriegsmarine (Navy). Founded on 27 September 1935 under the command of Fregattenkapitän Karl Dönitz, it was named in honor of Kapitänleutnant Otto Weddigen. Weddigen, a U-boat commander during World War I, died on 18 March 1915 after his submarine U-29 was rammed by the British battleship HMS Dreadnought in the North Sea.

Originally based in Kiel from September 1935-May 1941, it was moved to Brest, France in June 1941. In September 1944, the flotilla was disbanded and its remaining boats were distributed to other flotillas.

The final two pictures compare our aged and new versions of the badge.