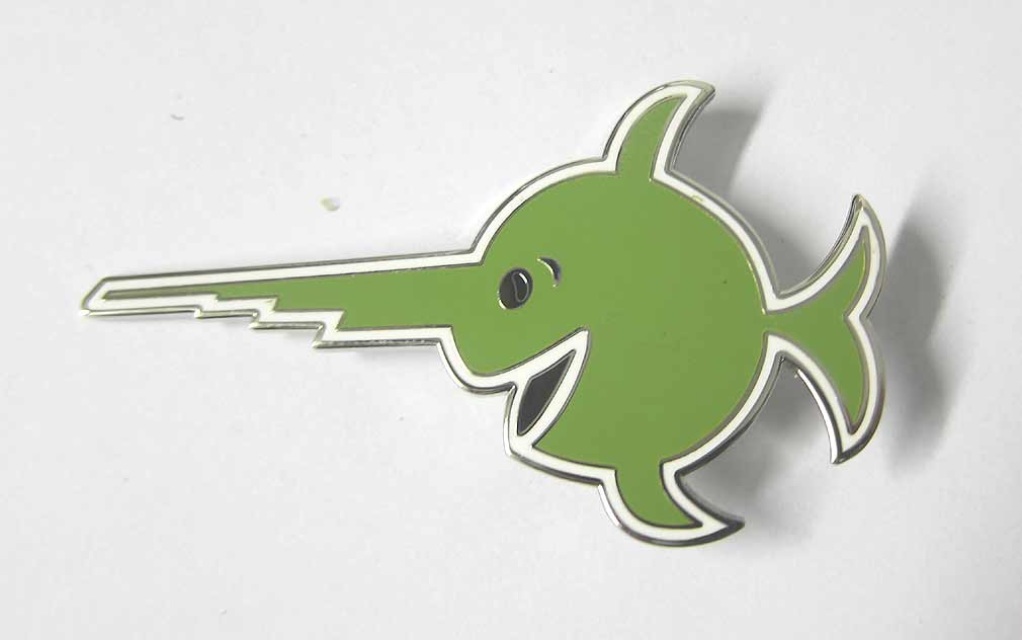 This badge is made in Germany as the originals were. We believe this to be the best reproduction 9th U-Boat Flotilla hat badge available. Notice the colours are subdued and not garish and bright. It has the 'GES. GESCH' marking on the rear and the correct type of pin. In addition the Green and black mouth colours are correct.

The 9th U-boat Flotilla (German 9. Unterseebootsflottille) was formed in October 1941 in Brest. It became operational in April 1942, after the first combat ready u-boat, U-213, reached the Brest base on 20 March 1942. The flotilla operated mostly various marks of the Type VII U-Boat and it concentrated its efforts mainly in the North Atlantic against convoys to and from Great Britain. The flotilla served from Brest until the base was threatened with being captured by USA forces. The last of the flotilla's U-boats, the U-256 left Brest on 4 September 1944 for Bergen, Norway and this marked the end of the 9th Flotilla. All its surviving boats were reassigned to the 11th Flotilla in Bergen.

The symbol of the 9th Flotilla, Der lachende Schwertfisch or the "laughing Swordfish" became the unit symbol after Lehmann-Willenbrock assumed command. It had previously been the emblem on his previous command, U-96 of "Das Boot" fame.