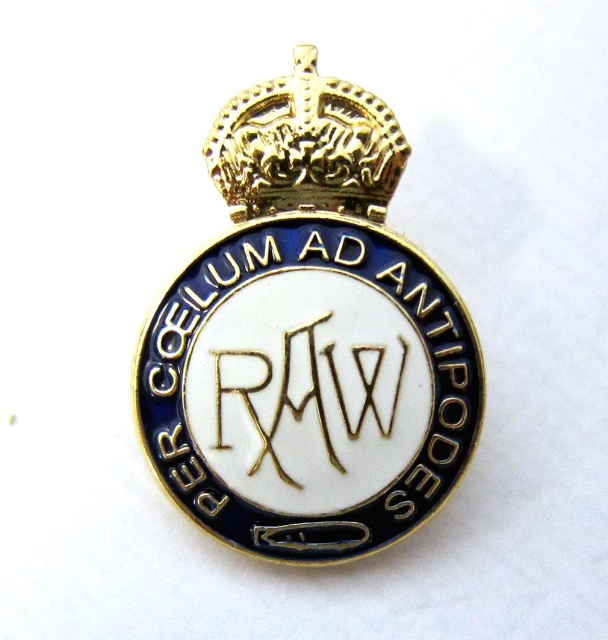 SKU:
£11.50
£11.50
Unavailable
per item
The Cardington airships site was nationalised in April 1919, becoming known as the Royal Airship Works. The RAW built several airships including the R100 and R101.

The first airships to be constructed, the L.31 and L.32, were reproductions of the Schutte Lanz design, Later, R.38 was constructed for special operations in the North Sea, capable of an altitude in excess of enemy aircraft at the time. Before it flew R. 38 was sold to the United States Navy and was called the Z. R. 2.

The Royal Airship Works was disbanded in November 1938 when it was renamed the Balloon Development Establishment.

This Royal Aircraft Works lapel badge is thought to have been worn by all personnel employed by the RAW. It was also used on stationary and most likely other materials.
'PER COELUM AD ANTIPODES' is Latin for the motto 'Through the heavens to the antipodes'. (The antipodes of any place on the Earth is the place that is diametrically opposite it.) Note:- the 'Œ' is correct it is Greek for Diphthong - two adjacent vowel sounds occurring within the same syllable.

This badge is in NEW condition.
Add to Cart
Copyright© 2020 www.WarHats.com