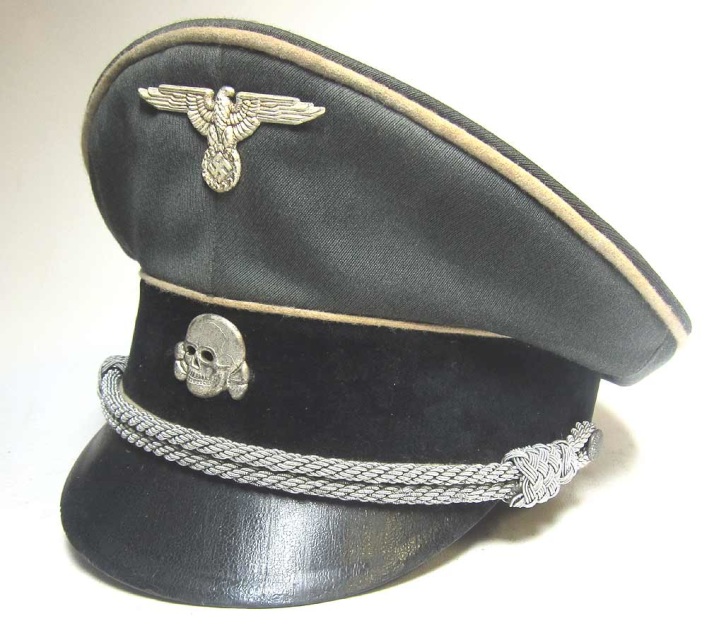 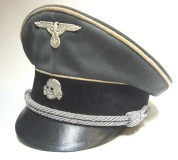 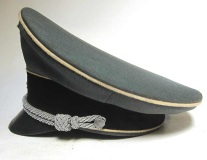 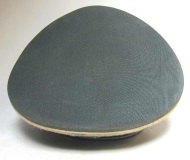 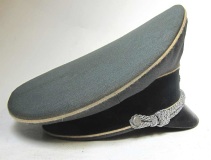 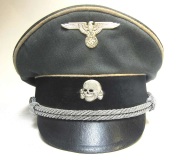 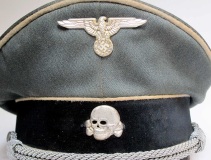 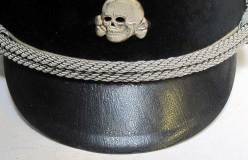 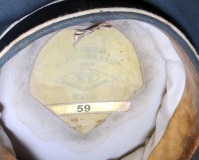 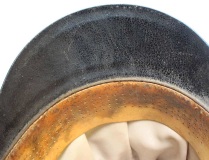 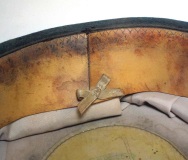 This is a reproduction, medium aged, Schirmmützen cap for a Waffen SS Officer. The maker is EREL and has two makers marks, one in the crown and one on the leather sweat band. This cap has been made to look as if worn in the field many times and then aged 70+ years.

It is a Waffen Schutzstaffel (Waffen SS), German officers cap, made of top quality trikot gaberdine and in the same method and materials as in the originals. In medium aged condition it is difficult to tell does not date from WW2.

The insignia is museum quality and both eagle and death heads skull insignia show light to medium wear.

The leather sweat band is in excellent condition with makers mark (EREL patent Stirnschutz), the celluloid sweat protector has a large makers mark and shows virtually no age colouring. It also has the makers paper marking, aged but intact.

The white piping is lightly dirty and old looking. The chinstrap has lost its sheen as has the vulkanfibre peak both on the inside and out, which also suffers from water ingression marks on the outside.

A genuine Waffen SS officers cap in this condition will easily go to several thousand pounds, which is out of the price range of most average collectors. This one looks the part and is at a snip of a price.

Full worldwide insurance is included within the Postal charges, this protects you the buyer.
Sold out
Add to Cart
Copyright© 2023 www.WarHats.com