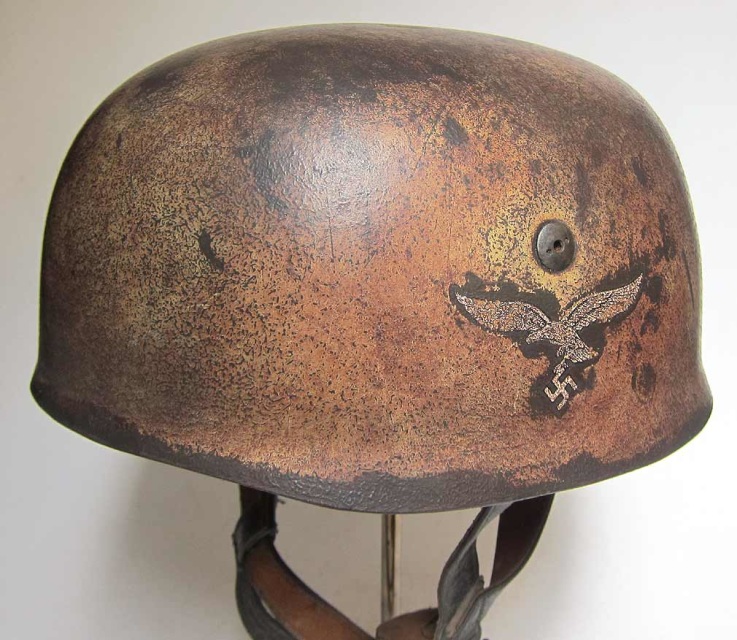 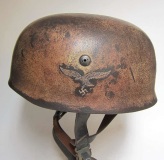 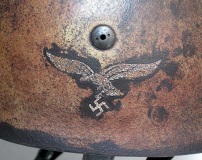 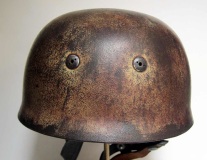 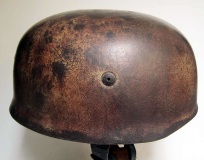 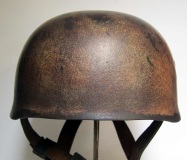 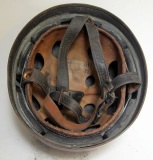 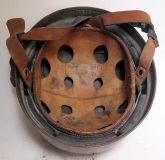 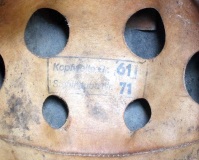 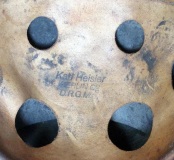 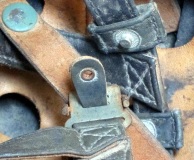 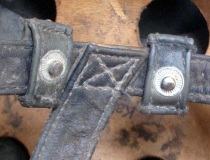 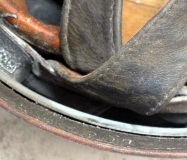 Reproduction helmet from the 6th Parachute Regiment, with camouflage paint scheme and ageing to all the components to look 70+ years old but in relative good condition.

The FJR6 in Normandy: Carentan was defended by two battalions of Fallschirmjäger-Regiment 6 (6th Parachute Regiment), commanded by Oberst Friedrich von der Heydte, and remnants of 91 Air Landing Division's Grenadier-Regiment 1058. Both had escaped from nearby Saint Côme-du-Mont on 8 June when the village was captured by the 101st Airborne. II./FJR6 and III./FJR6 (2nd and 3rd Battalions, 6th Parachute Regiment) were still intact as fighting formations, but III./GR1058 had been nearly destroyed in three days of combat and was no longer effective as a unit. This helmet depicts a helmet used by the famous 6th Parachute Regiment.

This helmet has a dark green base coat and single tone tan camouflage with sawdust mixed in but most of this has been worn smooth with ageing. It has a single eagle decal which is 100% intact and 45% visible. The liner is suitably marked and the straps are dark and wrinkled in many places. The colours are a lot more subdued in natural light, the photographs make them look more stark.

A superb iconic helmet from a famous German WW2 Paratroop unit. A genuine one in this condition would run into tens of thousands.
Sold out
Add to Cart
There will be a checkout charge of 15% on the product price to cover packaging, postage, insurance and paypal fee. You can pay by Paypal or credit/debit card via Paypal. If you want to pay by alternative means please contact us.

We can make up similar helmets to your specification, please contact us to discuss your requirements.
Copyright© 2022 www.WarHats.com