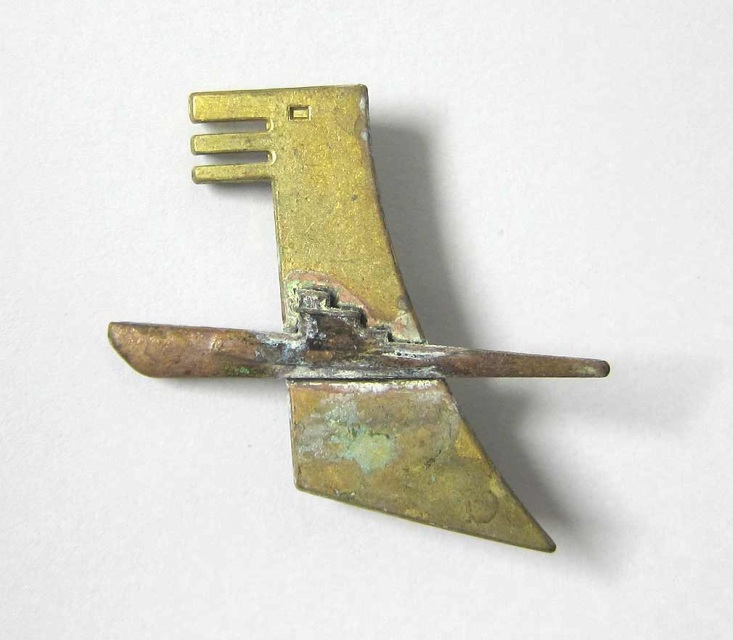 This aged badge is made in Germany as the originals were. We believe this to be the best reproduction 23d U-Boat Flotilla hat badge available. These were hand made from brass and copper and not produced in large quantities.

The flotilla was first formed in Salamis, Greece, on 11 September 1941 under the command of Kapitänleutnant Fritz Frauenheim. It operated in the eastern Mediterranean and sank 12 ships for a total of 50,820 gross register tons (GRT). In May 1942 the flotilla was merged into 29th U-boat Flotilla, based at La Spezia, Italy.

The flotilla was re-founded in September 1943 as a Training Flotilla under the command of Korvettenkapitän Otto von Bülow.

Made from Brass and copper it will continue to tarnish and age. A superb badge for the u-boat collector.