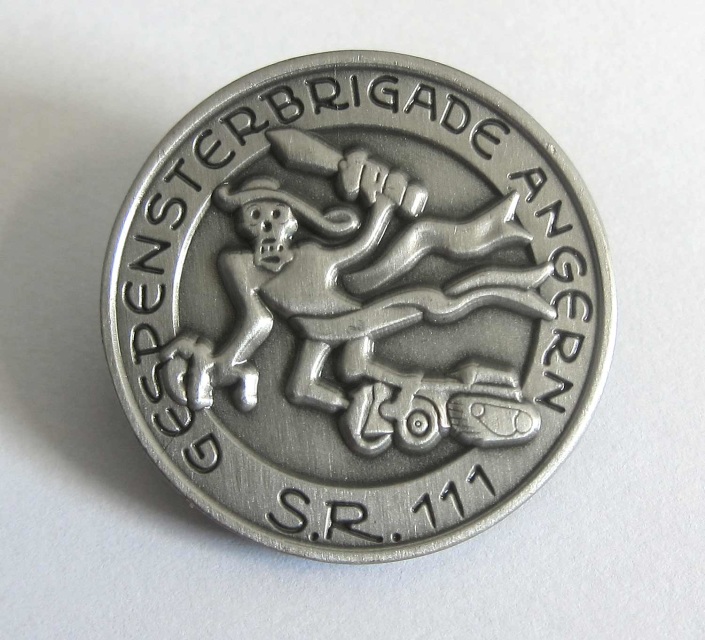 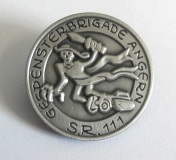 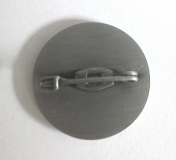 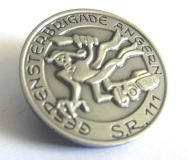 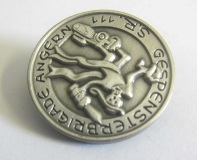 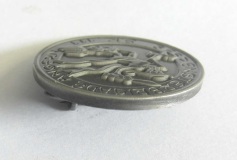 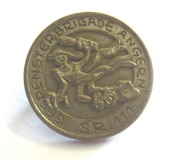 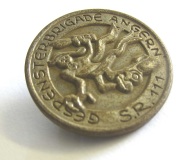 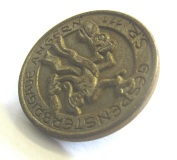 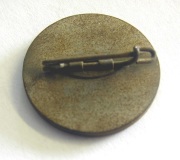 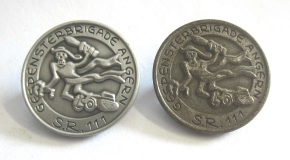 The German High Command considered the 11th one of their most reliable units. General Paton and his staff considered the Division and its Grenadiers one of the finest and dangerous advisories it faced.

Scholars, Historians and the Reenacting Community continue to rehash the exploits of the SS and overlook those units, like the 11th Pz Div , that bore the brunt of the fighting on the Russian and Western fronts.

The French also referred to Rommels' 7th Panzer division as the 'Ghost Division' since it seemed to be everywhere, but only the the 11th panzer Division used the 'ghost' symbol.

This is the S.R.111  Schützenregiment unit badge and would have been worn on the side of the cap or on the uniform pocket or lapel.

It is approximately 25mm in diameter and is available in aged or new condition. The last picture compares the new and aged badges.
Add to Cart
Copyright© 2023 www.WarHats.com