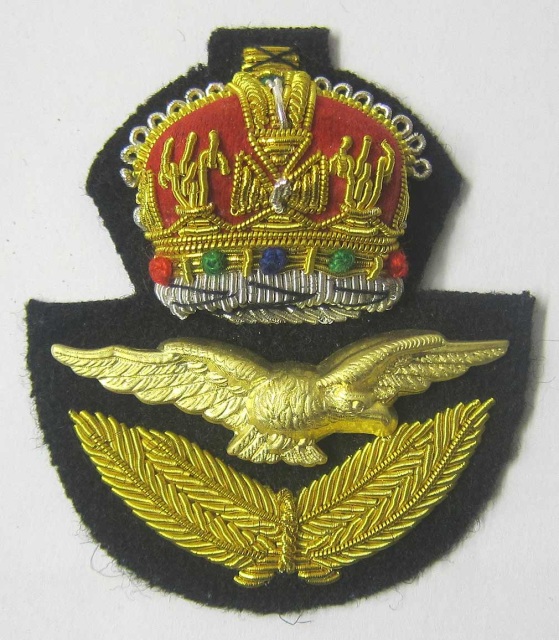 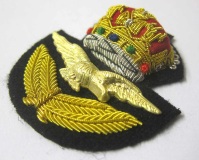 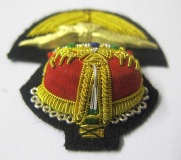 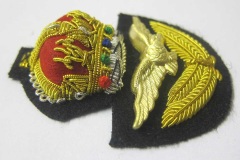 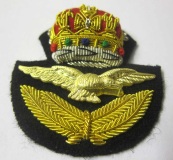 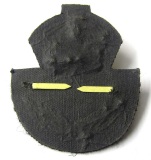 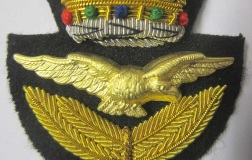 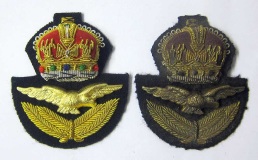 Reproduction private purchase, early war, British Royal Air Force (RAF), Officers cap badge. This badge has been copied from one of our original versions. It is not your standard cheap 'flat' copy, the crown measures a stunning 15mm tall, just like the originals. The crown is the WW2 Kings Crown and the badge is approx. 64mm tall by 60mm wide and the Crown 15mm tall!

Worn by British, American US Eagle Squadron, Australian, Belgium, Barbados, Canada, France, Ireland, Jamaca, Newfoundland, New Zealand, Rhodesia, South Africa pilots and officers. Poland and Czechoslovakia generally worn their own insignia but there are images of them wearing RAF badges, such as this one, during the early war period.

Perfect for:
The last picture shows a comparison between the new version and our aged version.
Add to Cart
Copyright© 2023 www.WarHats.com