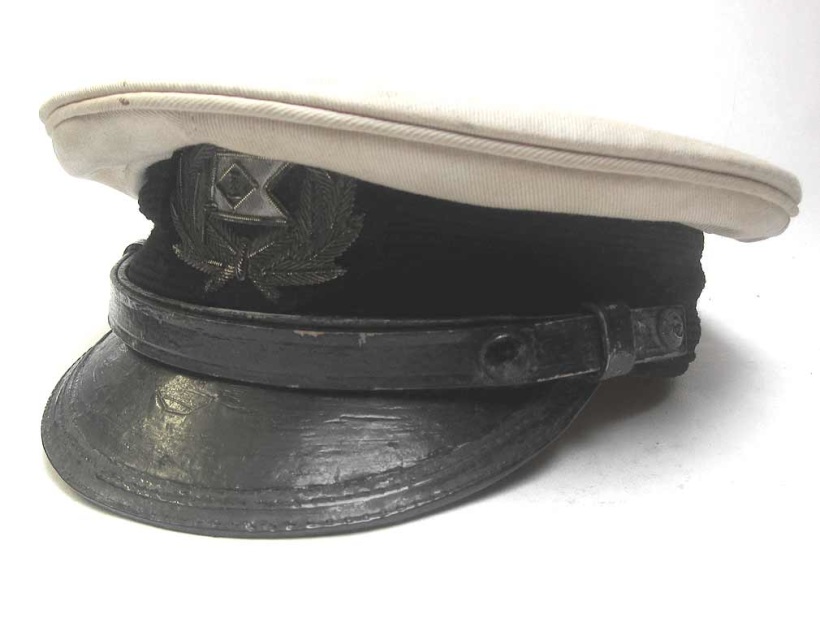 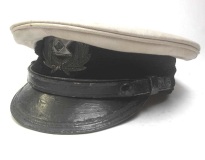 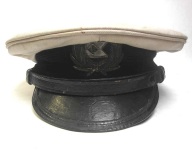 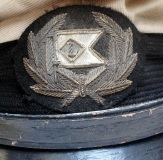 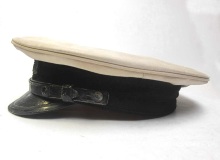 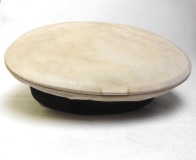 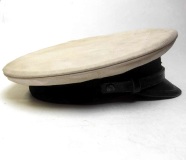 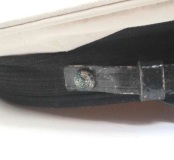 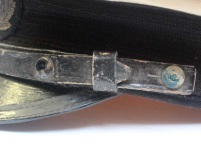 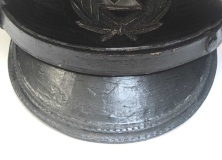 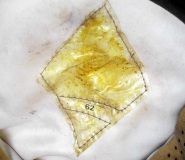 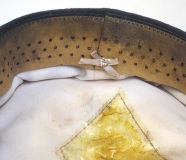 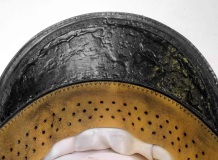 In 1900 the sons of Dr. Howell Tyson Lykes started a shipping business by using a 109-foot, 75 ton three-masted schooner to ship cattle to Cuba as a replacement for herds which were wiped out in the Spanish–American War. In 1922 the Lykes Bros. Steamship Co. was set up as a separate company, owned by the Lyes Brothers. The 1930s saw Lykes acquiring 52 ships from Dixie and Southern States Lines, giving them a fleet of 67 ships. When the US entered WW2, Lykes carried 60 million tons of cargo and operated 125 cargo ships for the government. Twenty two ships were lost along with 272 lives.

This cap represents an officers cap worn between the 1930's and the 1940's. The 'Lykes' diamond and 'L' is very dark blue but with ageing is really black now. The wreath gold is aged suitably as is the chinstrap, buttons and whole cap.

The top and bottom of peak is old and cracked - they used to use a 'tar' type material on some caps, so this is replicated.

The white top is now a off white, yellow and stained colour - well used look, with a couple of rust marks coming through from the shaping ring.

Please email us if you want a similar cap made up to your sprecification.
Sold out
Add to Cart
Copyright© 2022 www.WarHats.com