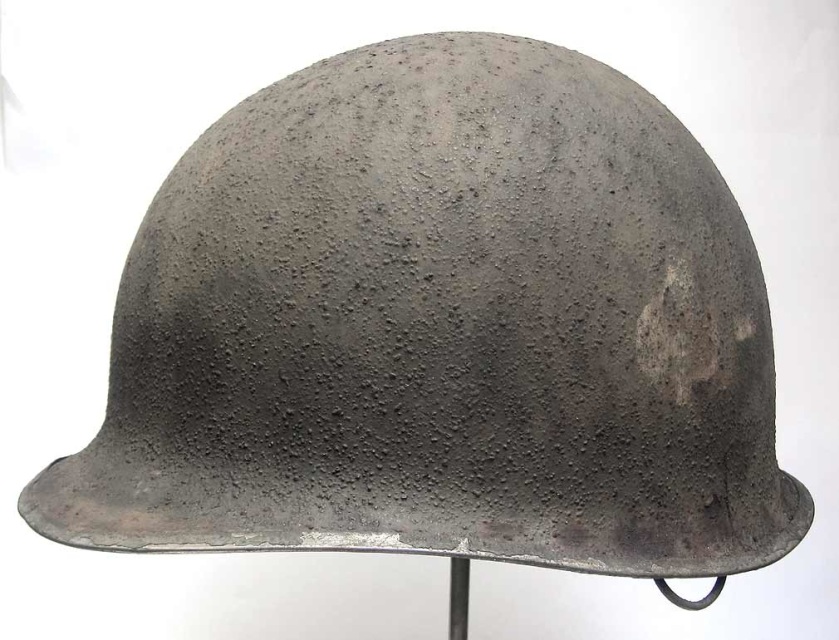 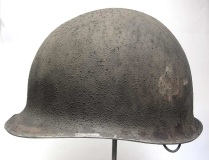 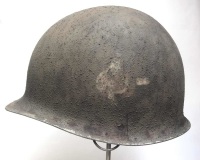 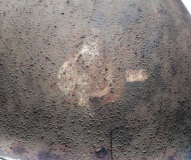 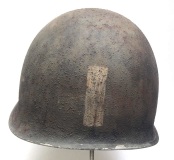 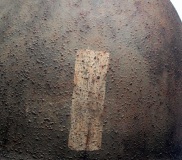 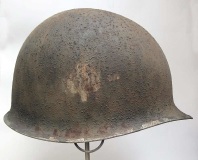 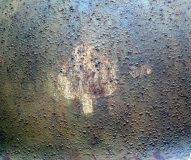 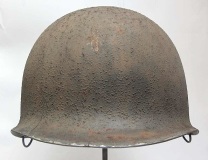 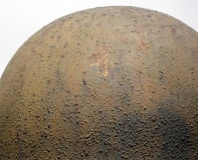 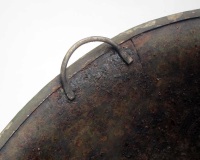 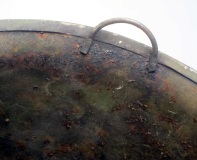 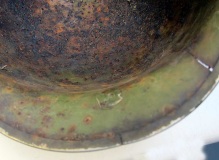 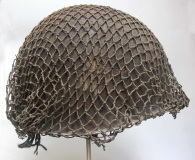 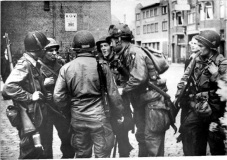 This is a 'reproine' helmet - mixture of reproduction and genuine parts. The shell is a genuine WW2 McCord helmet. It is a front seam, stainless rim and the main paintwork is also original.

We have added the 'D' bales, the 506th 'Spades', ETO stripes markings and nco/Officer rank. The net is original WWII (with post war string repairs) and issued to Airborne forces.

Notice there are 2 sets of markings the 'Spades' have been overpainted twice and the NCO ETO stripe is replaced with an Officer ETO stripe as has the front rank markings. This represents a helmet worn early in the war, with a repaint later during WW2 where they tended to make the spades smaller. It also shows a promotion form NCO to Officer.

Inside the shell is untouch and 'as found' other than the addition of the 'D' bales. There are several strass fractures a feature found on early war US Helmets and lots of rust, although the shell is fully sound.

This helmet is a superb 506th PIR Helmet and would look great in any collection.

Summary of features:
Please email us if you want a similar helmet made to your specification.
Sold out
Add to Cart
Copyright© 2022 www.WarHats.com