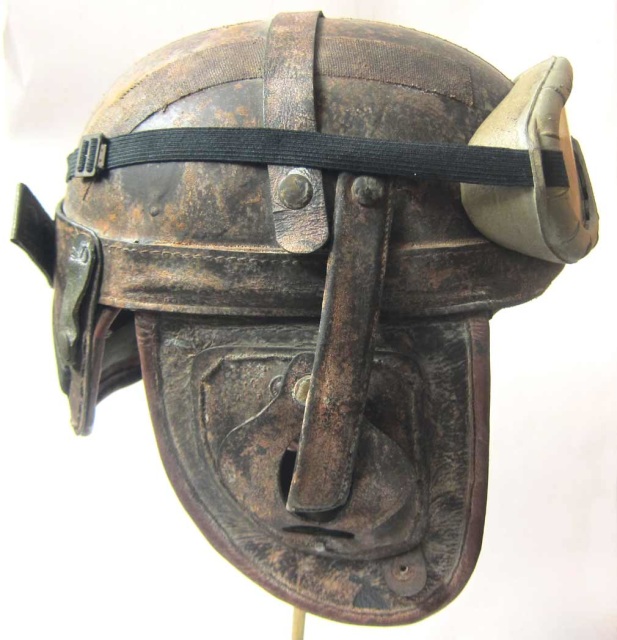 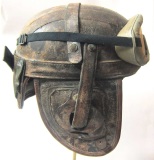 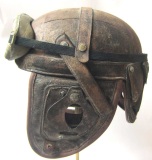 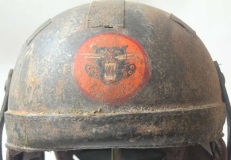 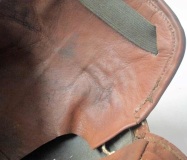 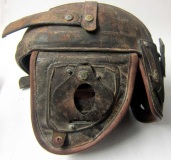 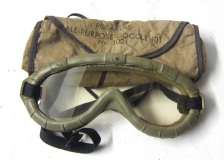 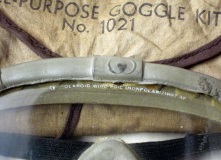 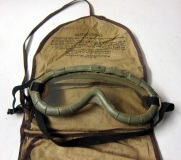 M38 USA Tankers or 'FURY' Helmet. This reproduction helmet is exactly like our new version but has been made to look used. It is perfect for US Armoured Reenactors, Helmet Collectors, museums, leaving presents, commemorations or similar.

The tank destroyer battalion was a type of unit used by the United States Army during World War II. The unit was organized in one of two different forms: a towed battalion equipped with anti-tank guns, or a self-propelled battalion equipped with Self-propelled guns. The tank destroyers were formed in response to the German use of massed formations of armored units early in WW2. The tank destroyer concept envisioned the battalions acting as independent units that would respond at high speed to enemy tank attacks. In this role they would be attached to divisions or corps. In practice, they were usually attached to infantry divisions. Over one hundred battalions were formed in WW2.

It has been issued in OD Green, then whitewashed in white for Battle of Hurtgen Forest and the Battle of the Bulge, then most the whitewash has been washed off. Prior to repainting the vent holes have been taped over with medical tape to stop the snow/rain coming into the helmet - a common practice with the M1938 helmet.

The stenciled decal shows good signs of wear and ageing. There is a field repair with a screw to one of the rear goggle retaining loops.

The leather is perfect and has dark areas and if you are going to wear it, it could do with some conditioner to clean it and make it softer.

The goggles are optional - they are genuine WW2 Polaroid 1021 Tank Goggles marked with clear filter fitted and it comes with a its cloth case (no other lenses are included and the cae is marked 'BECK' handwritten).

Most of the poppers have rust on the underside but all still work. Altogether a great piece of kit if you want a period looking & working Tank Battalion Helmet for display and a fraction of the price of an original.

Please email us if you want a similar one made up.
Sold out
Add to Cart
Copyright© 2023 www.WarHats.com