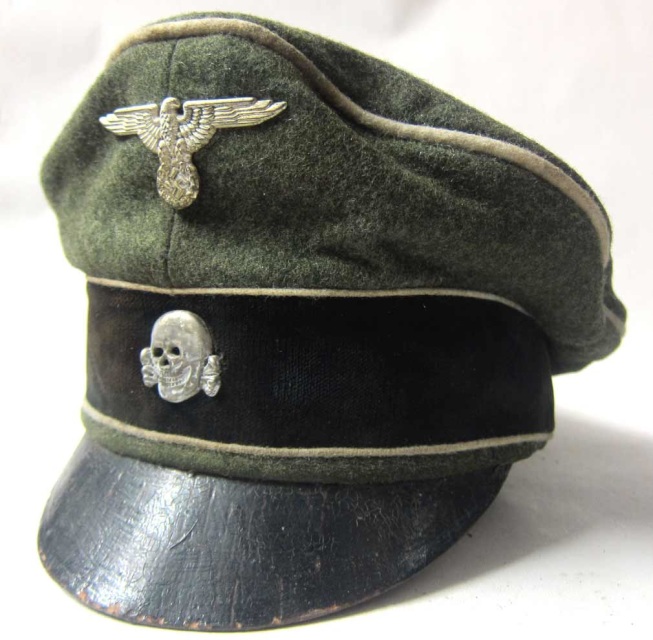 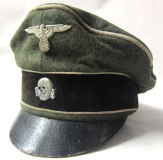 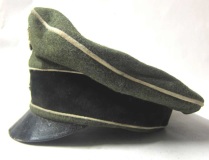 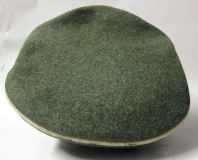 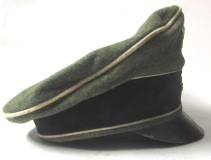 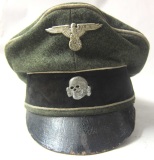 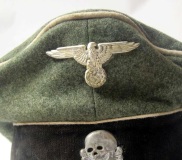 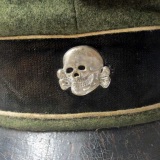 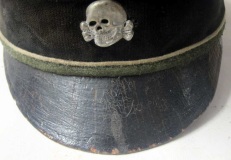 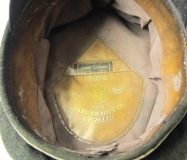 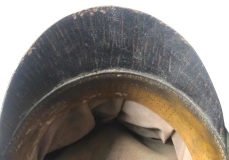 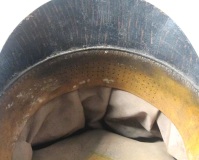 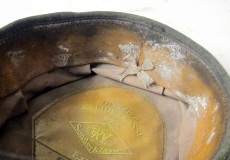 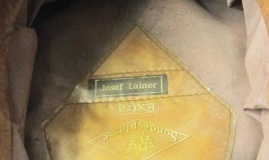 This cap has been made to replicate one worn by Josef Lainer. Lainer was a Hauptscharführer (Master Sergeant) in the Waffen-SS during World War II who was awarded the Knight’s Cross of the Iron Cross, to recognize extreme battlefield bravery or successful military leadership by Nazi Germany during World War II. He was also awarded the very rare Close Combat Clasp in Gold one of only 631 awards and he twice escaped from captivity when being held as a prisoner of war.

The insignia is museum quality and both eagle and death heads skull insignia show medium wear. It is a size 57 and we recommend this as a display piece and not for wear. Treat it like an original.

The leather sweat band is in excellent condition and the celluloid sweat protector has a shows light age colouring. There are light wear stains on the inside with some darker areas.

The white piping is lightly dirty and yellowing but still bright looking. The leather peak, has many large age cracks & marks on both sides. There is some age related dust in places. There are small amounts of wear and discolouration to the velvet outer headband.

A genuine Waffen SS Officers cap in this condition will easily go for thousand's of pounds, which is out of the price range of most average collectors if one ever did come on the market. This one looks the part and is at a snip of a price.

Please Email us if you want a similar one made to your specification!
Sold out
Add to Cart
Copyright© 2022 www.WarHats.com