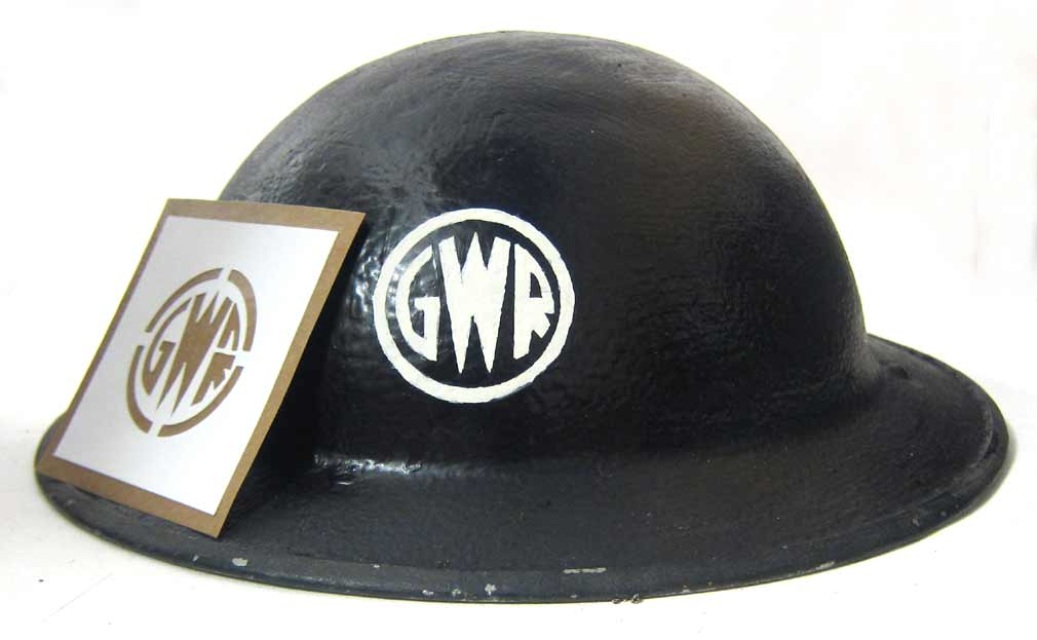 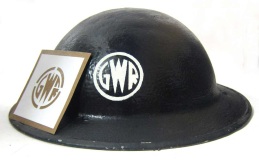 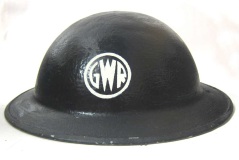 This is a WW2 British Warden helmet stencil for the GWR (Great Western Railway).

It allows you to hand paint the text 'GWR and circle' on the front of the Tommy Helmet approx 45mm in diameter. You can use it 'as is' or add one of our 'W' (Wardens) stencils. You can paint it white on black helmet or black on white helmet!

The Great Western Railway (GWR) was a British railway company that linked London with the south-west and west of England and most of Wales. It was founded in 1833, received its enabling Act of Parliament in 1835 and ran its first trains in 1838. For the GWR, World War II was very different from the First. Instead of coal trains supplying fuel to the navy, the company provided trains for evacuees into the safer West Diesel railcar no. 22Country. From Ealing Broadway, the main station for women and children leaving their homes in London, 163 trains carried 112,994 evacuees over just four days.

The railway had Air Raid Precations volunteers, fire personnel, medics etc. working on the GWR Railways and all wore marked helmets when required.