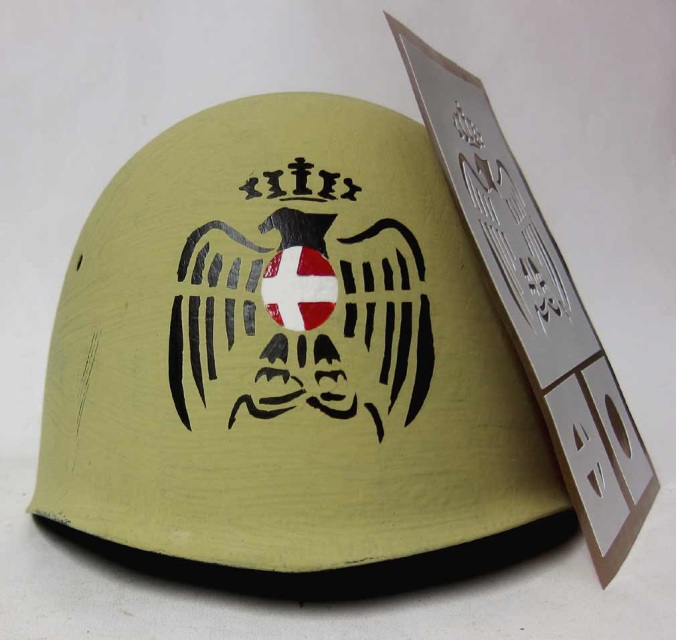 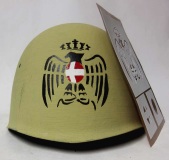 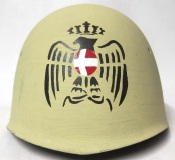 The Italian African Police (Italian: Polizia dell'Africa Italiana, or PAI), was the Police of "Italian Africa" from 1 June 1936 to 1 December 1941.

During World War II, the PAI fought as a combat unit alongside the Italian Army. After the Armistice of Cassibile, the evening of 8 September 1943 the PAI participated to the defense of Rome engaging the first conflict with the Germans at Mezzocammino, near Castelfusano, with troops of Carabinieri, in aid to a garrison of Grenadiers of Sardinia. On the other side of Rome, at the same time, some troops protected the escape of the King Victor Emmanuel III along the via Tiburtina, the King and the Prime Minister of Italy Pietro Badoglio.

This stencil is suitable for hand painting only as it is very large and quite intricate. Paint the eagle first, then the white oval and then the red flag outline - simple!
Add to Cart
Copyright© 2022 www.WarHats.com