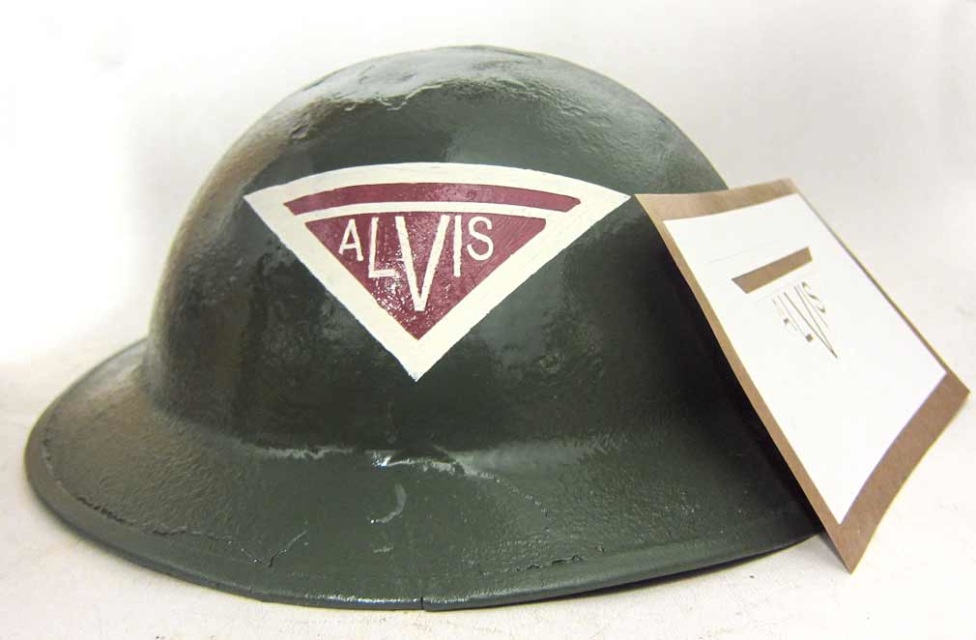 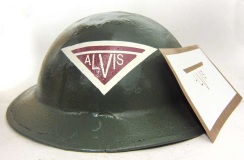 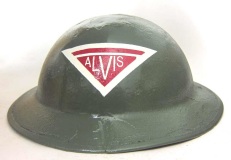 Alvis Car and Engineering Company Ltd was a British manufacturing company in Coventry from 1919 to 1967. In addition to automobiles designed for the civilian market, the company also produced racing cars, aircraft engines, armoured cars and other armoured fighting vehicles.

The car factory was severely damaged on 14 November 1940 as a result of several bombing raids on Coventry by the German Luftwaffe, although ironically the armaments factory suffered little damage. Car production was suspended for the duration of the war, only resuming during the latter part of 1946. Despite this, Alvis carried out war production on aircraft engines (as sub-contractor of Rolls-Royce Limited) and other aircraft equipment in its shadow factories.

This stencil is suitable for hand or spray painting. It was painted on the front of the British Tommy helmet, in red & white paint. It was worn by combined roles of Warden, security and Fire Guards.