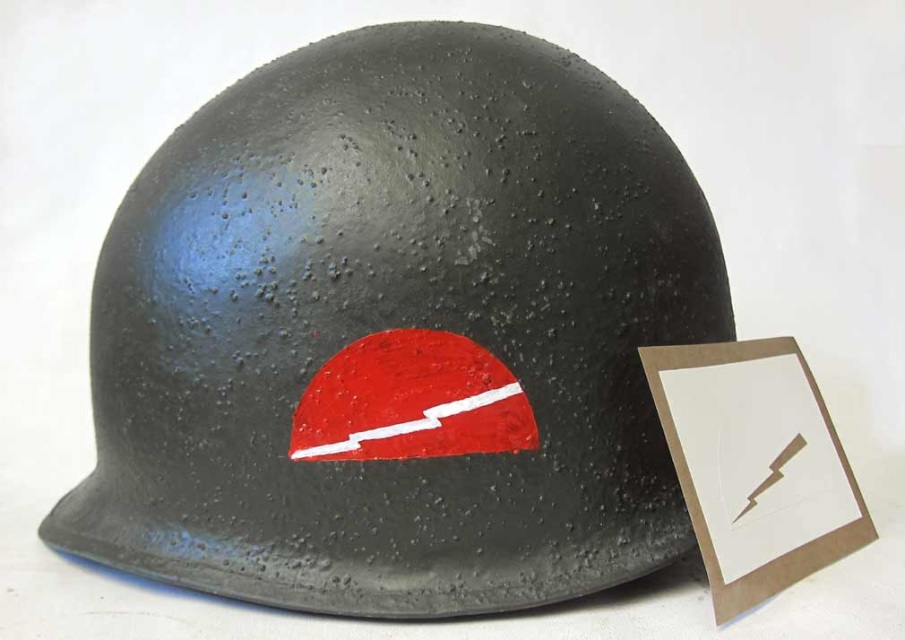 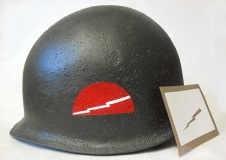 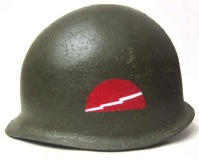 After landing in France, the division moved to Tongeren, Belgium on 27 November 1944, and to Roetgen, Germany on 7 December 1944, to prepare for combat. The 311th Infantry Regiment was attached to the 8th Armored Division in the Hurtgen Forest, 10 December. The 309th and 310th Infantry Regiments relieved elements of the 1st Division in the line in the vicinity of Entenpfuhl, 1–12 December. On the 13th these regiments smashed into Simmerath, Witzerath, and Bickerath and were fighting for Kesternich when Gerd von Rundstedt launched his counteroffensive in the Monschau area, on 18 December.

This stencil is suitable for hand painting. The picture shows how it can be applied even to a heavily corked helmet. Apply the oval first, then each of the upper and lower lightening bolts as desired. You can make the lightening bolt thicker or thinner by positioning each separate stencil to the required distance - clever!