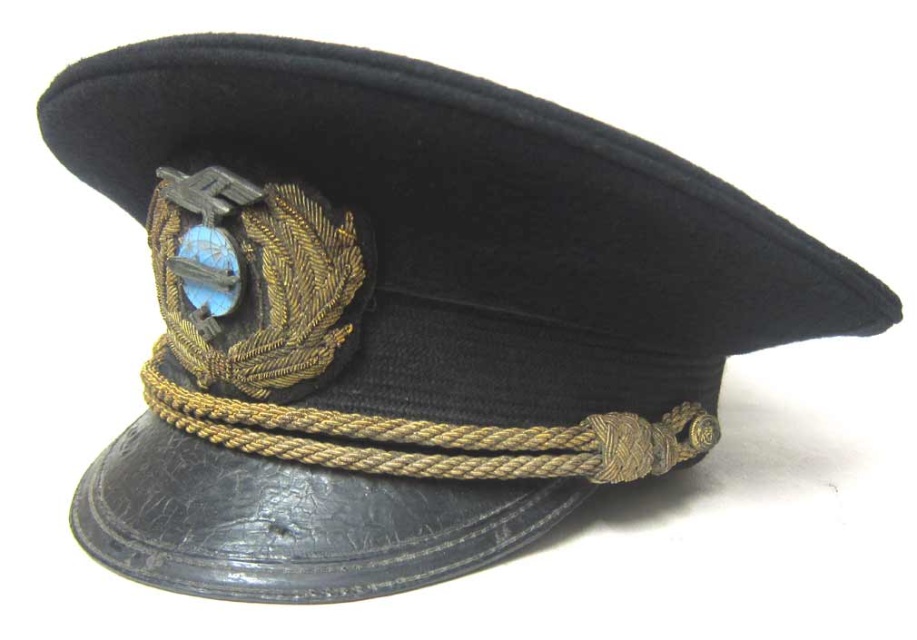 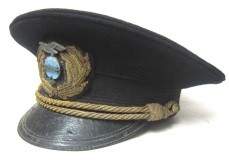 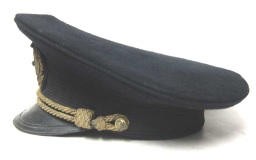 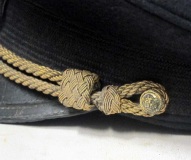 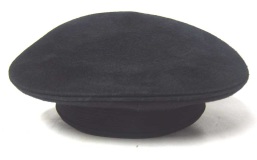 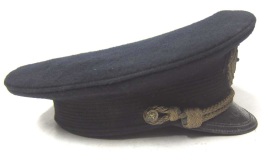 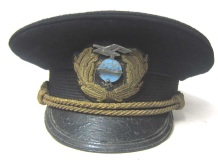 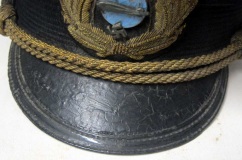 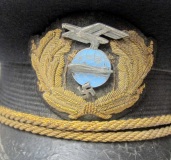 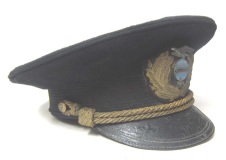 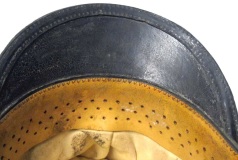 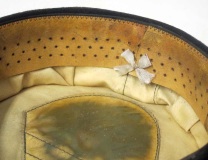 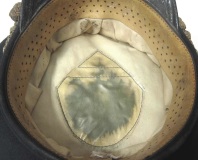 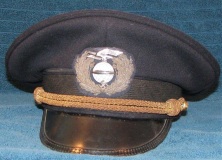 In 1919 he was helmsman on the LZ 120 Bodensee. He was the elevator helmsman (Höhensteuermann) of the Zeppelin LZ 126 - USS Los Angeles on its transatlantic flight in 1924.

Sammt was the first officer on the May, 1937 flight from Germany to Lakehurst, NJ of the LZ 129 Hindenburg which ended with the Hindenburg disaster during which he was seriously burned.

After the disaster, Sammt became the commander of the LZ 130 Graf Zeppelin, flying its spy flight in August 1939 and its last flight before it was dismantled. His home town of Niederstetten made him an "honoured citizen" (Ehrenbürger); the Albert-Sammt-Museum is situated there today.

This reproduction Zeppelin cap has had medium wear and has been aged to look 70+ years old. It is stained, in places, has a blue officers cover, the leather sweatband has stains and the wreath and chinstrap show dark tarnishing.

The wreath shows wear to the edges and the silver badge is worn and aged including the Swastica. The rear of the Swastica & eagle badge is fully marked in original markings.

This is a high quality aged peaked Hat for a Zeppelin commander. Full worldwide insurance is included within the Postal charges, this protects you the buyer.

Please Email us if you want a similar one made to your specification.
Sold out
Add to Cart
Copyright© 2022 www.WarHats.com