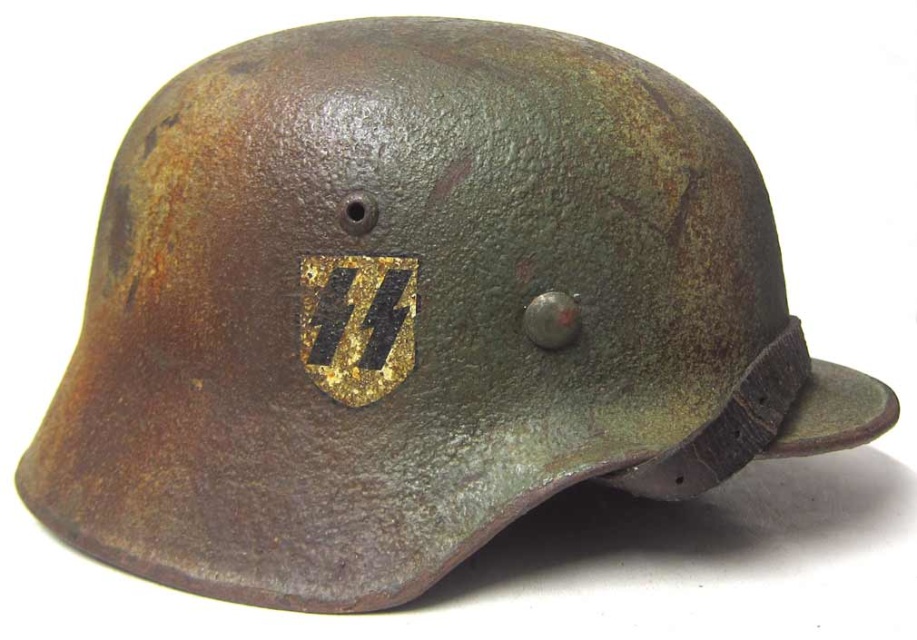 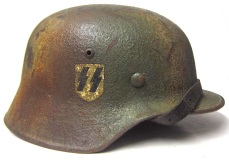 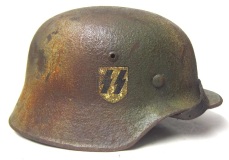 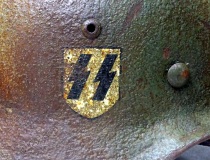 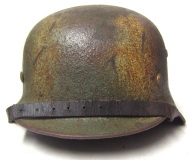 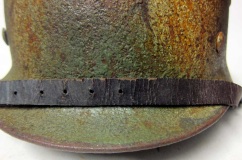 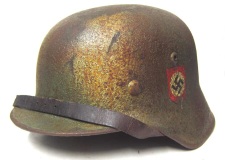 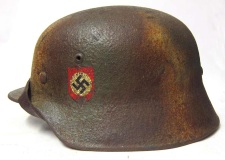 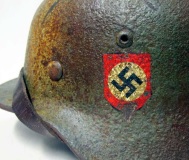 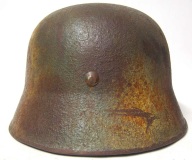 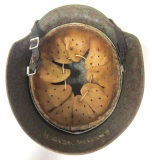 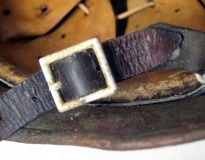 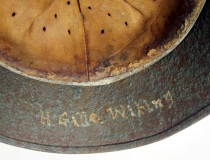 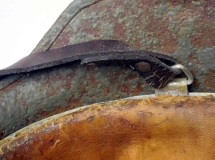 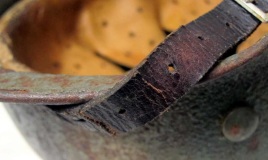 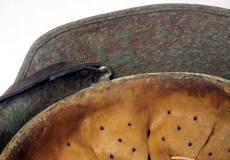 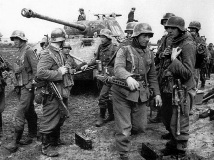 This 'Wiking' Divison helmet is reproduction, there are no genuine parts included.

The 5th SS Panzer Division "Wiking" (German: 5. SS-Panzerdivision "Wiking"), was a Panzer division among the thirty eight Waffen-SS divisions of Nazi Germany. It was recruited from foreign volunteers in Denmark, Norway, Sweden, Finland, Estonia, the Netherlands and Belgium under the command of German officers. During the course of World War II, the division served on the Eastern Front. It surrendered in May 1945 to the American forces in Austria.

This helmet has been made up from some of the best suppliers in Europe. There are a few parts that are not 100% historically correct but it is probably the best reproduction available. The name 'H Gille' is hand painted on the inside - Herbert Otto Gille commanded the Division and died in 1966.

The helmet shell is a Model 1935 ET maker with faint '68' size marker & batch number. The liner is suitable aged as is the chinstrap and the 'SS' decals are our museum quality decals.

The shell show light wear but many areas are starting to rust and are worn through the paintwork.

We have made this helmet to look used and found on the battlefield after several years then stored for 70+ years. We have treated the helmet with museum wax to prevent further rusting.

If original and if it ever came on the market would probably sell for £10,000+ GBP!

Please contact us if you want a similar helmet made for you.
Sold out
Add to Cart
Copyright© 2022 www.WarHats.com