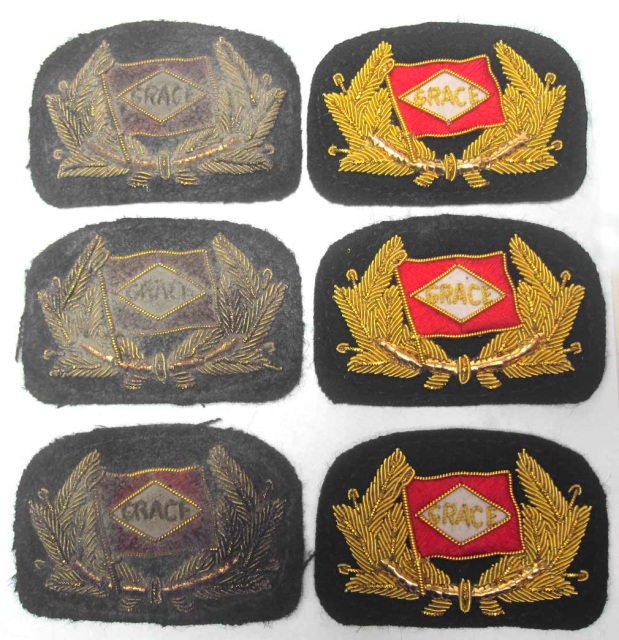 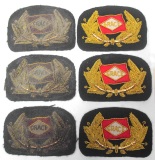 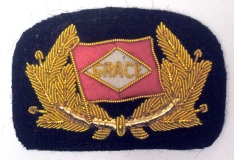 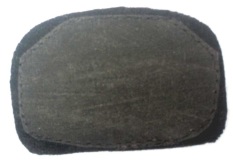 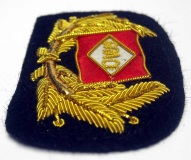 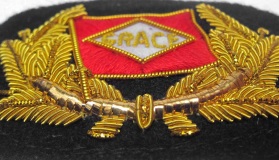 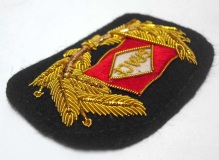 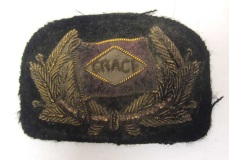 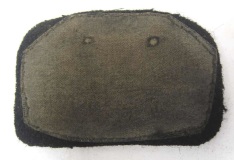 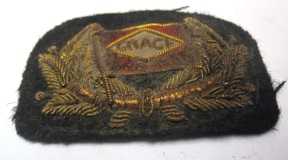 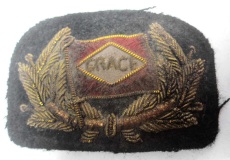 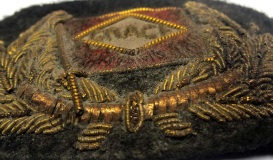 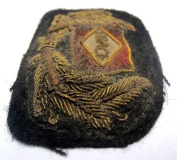 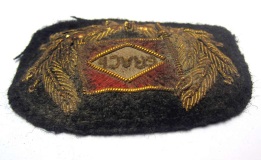 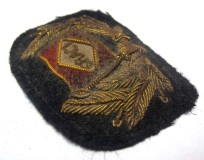 In the mid 1800s, the Irish-born Grace brothers, William Russell and Michael, established a commercial and shipping business in Callao, the port of Lima, Peru. In the 1890’s the company entered the steamship business with a line of freighters running from New York to the South American west coast via the Strait of Magellan flying the British flag.

In 1914 COLUSA was transferred to the U.S. flag and was renamed Santa Cecelia. Some of the British-flag ships were lost by enemy action, and only two were left at the end of the first world war.

During WW2 the Navy took over the SANTA LUCIA in 1942, as the USS LEEDSTOWN, she was sunk in the North African invasion. The SANTA ELENA was sunk the following year off the Philippville on the Algerian coast. SANTA CLARA as the SUSAN B. ANTHONY went down in the Normandy invasion. Of the ships built before 1939 only the SANTA ROSA and SANTA PAULA survived.

This reproduction is an officers cap badge most likely worn between the 1930's and the 1940's and some versions exist with an enamelled flag within the wreath.  You can choose from new or aged condition. Even the reverse has been copied from an original. It is approximately 65mm wide and 43mm tall (excluding the black border).

Please email us if you want a similar cap badge made up to your specification.
Add to Cart
Copyright© 2023 www.WarHats.com