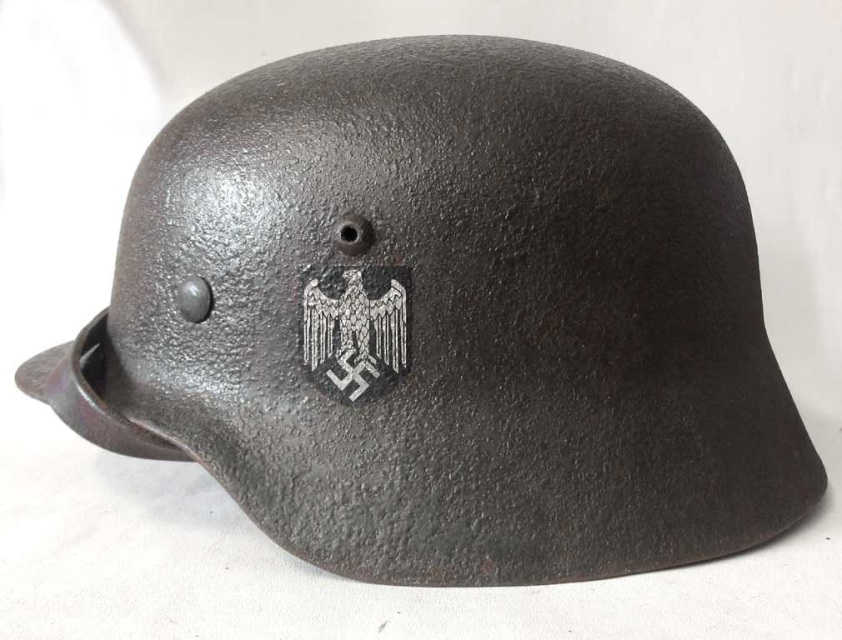 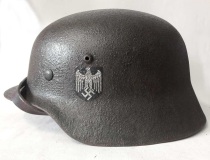 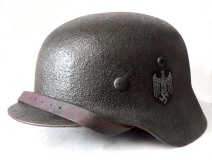 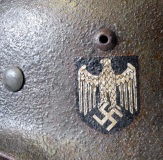 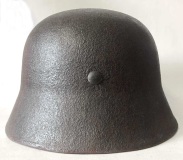 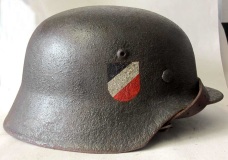 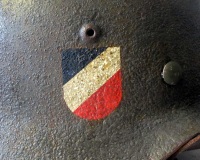 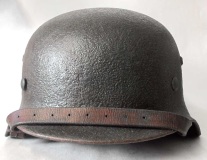 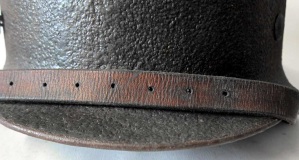 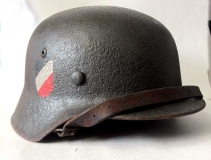 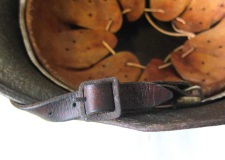 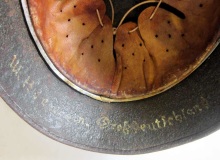 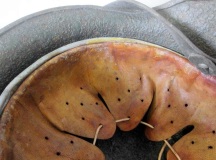 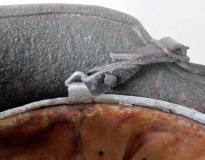 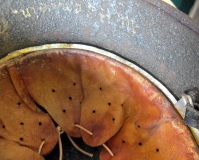 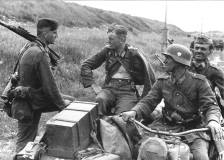 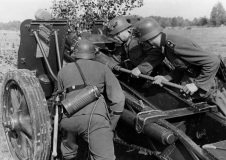 This Heer Grossdeutschland helmet is reproduction, there are no genuine parts included.

The unit originally started out as a ceremonial guard unit in the 1920s and by the late 1930s had grown into a regiment of the combined Wehrmacht German armed forces.

This helmet has been made up from some of the best suppliers in Europe. There are a few parts that are not 100% historically correct but it is probably the best reproduction available.

The helmet shell is a Model 1935 ET maker with faint size marker & batch number. The liner is suitable aged as is the maker marked chinstrap and the 'Eagle' & National Colours decals are our museum quality reproductions. The shell show medium wear but many areas are starting to rust and are worn through the paintwork especially on the inside. The helmet is not textured, the textured effect is actually paintwork that is blistered but has now stabilised and proteced with museum wax.

We have made this helmet to look medium used, found on the battlefield after a year or two and then stored for 70+ years.

Notice the light wear on the National Colours decal and the Luftwaffe Eagle, the owners name and  - "Grossdeutschland" painted on the inside - superb!

If original and if it ever came on the market this would probably sell for £2,500+ GBP.

Please contact us if you want a similar helmet made for you.
Sold out
Add to Cart
Copyright© 2022 www.WarHats.com